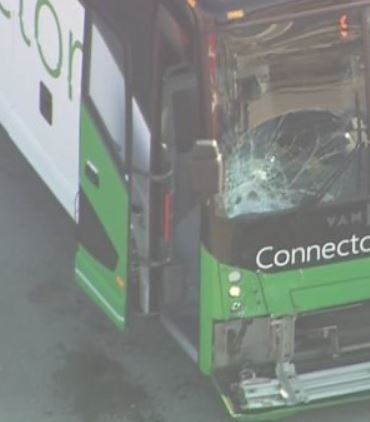 Attorney Chris Davis of Davis Law Group has filed a civil lawsuit has been filed in King County Superior Court (19 2 04219 2 SEA) against Microsoft Corporation and The City of Redmond on behalf of a 30-year-old female pedestrian that was hit by a Microsoft Connector shuttle in February 2016 in Redmond, WA.

On February 26, 2016, at approximately 6:46 p.m., a 30-year-old female pedestrian was lawfully walking, within a marked crosswalk, across the intersection located at Northeast 40th Street and South 148th Street in Redmond, the home of technology giant Microsoft.

At the same time, Harold A. Vallee was operating a Ford passenger van registered to MV Public Transportation, Inc. which is contracted by Microsoft Corporation to operate the Microsoft Connector. The shuttle driver turned left onto NE 40th Street from 148th Ave NE (near the Microsoft Campus), and failed to yield to the pedestrian.

According to the complaint for damages (see below), the Microsoft shuttle struck the pedestrian causing her to be thrown far into the street and sustain serious bodily injuries as a result of the collision. She suffered four fractures to her spine as well as injuries to her pelvis.

Although there were street lamps located nearby, the lights were off, making the crossing area dark and difficult for motorists to see pedestrians. It was dark outside at the time of the collision however the police report notes, “there were no street lights on…”

"The Microsoft Connector bus driver had a duty to safely operated the vehicle and yield to pedestrians.  However, the City of Redmond also has a duty to properly maintain street lights," said attorney Chris Davis of Davis Law Group.  "Street lights help to create a nighttime environment in which people and drivers can quickly and accurately identify objects and pedestrians, The operation and maintenance of street lights is critical to public safety."

Prior to the date of the accident, the City of Redmond and/or Microsoft Corporation had notice that there were no working street lights located at the intersection making this area dangerous to pedestrians. In fact, The City of Redmond was involved in a major project to convert city-owned streetlights from High Pressure Sodium (HPS) to Light Emitting Diode (LED) lights.  The City of Redmond and/or Microsoft failed to take the necessary and proper corrective actions to make the roadway, intersection, crosswalk and/or street lighting reasonably safe for ordinary travel by pedestrians and operators of motor vehicles.

If you have any questions about this incident, please contact Mischelle Davis at Davis Law Group: [email protected] or call (206) 727-4000.