Dan and Sally Sligh, victims of the Skagit River Bridge collapse on May 23, 2013, and their attorney Chris Davis of Davis Law Group, P.S. in Seattle, Washington plan to release an official statement in the near future.  The Sligh family and their attorney may available to discuss their thoughts and feelings on the anniversary of the bridge disaster; facts uncovered by investigations into the cause; and possible legal action.  The timing of the release of their statement and their availability for possible interviews has yet to be determined.

Any and all requests for information or interviews must be directed Davis Law Group.  Contact Mischelle Weedman-Davis via email at Mischelle (at) DavisLawGroupSeattle.com or call 206-727-4000.

UPDATE: May 22, 2014: Visit Skagit River Bridge Anniversary to get the the survivor's statements, along with a legal overview, Sligh family photos, and other relevant information. 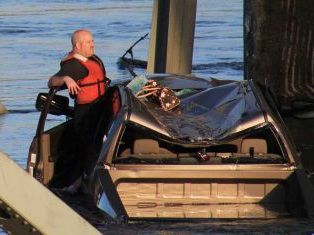