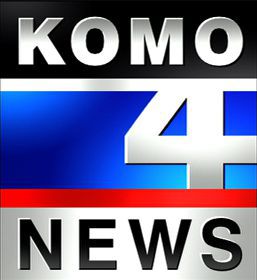 March 27, 2009 - KOMO4 News, Seattle - The two insurance companies for W.A. Botting Company, a mechanical contractor located in Woodinville, WA, have agreed to pay $4,000,000 (Four Million Dollars) to settle a wrongful death lawsuit filed in King County Superior Court.  Davis Law Group reported on this case back in September 2007.  The case arises out of a traffic accident that occurred at 1:00 pm on May 25, 2007 in south King County.  An employee of W.A. Botting fell asleep while driving a company truck, then went off the road and broadsided another vehicle at 50 mph.  The woman in that vehicle, Sandy J., 41, was pronounced dead at the scene.

Sandy Johnson left four surviving children, ages 5, 6, 13 and 21.  At the time of her death, Sandy was working as a caregiver for Catholic Community Services.  She had just left a client’s home and was stopped in her vehicle waiting to enter onto Auburn Way.  She was on her way to care for another client when she was killed.  The employee testified at his deposition that he made eye contact with Ms. Johnson right before she was hit.

The lawyers for W.A. Botting initially denied liability for the accident, but later changed their minds after several months of litigation.  Mr. Davis  hired experts, including a grief counselor and neuropsychologist, to evaluate and test the children who were all found to have special needs.  A substantial amount of discovery was done in the case, including more than 10 depositions and a summary judgment hearing.  The case settled after two mediation sessions, and within two weeks before trial.

The settlement proceeds will be divided among the children based on their needs, with most likely going to the two younger children now ages 6 and 7.  The settlement must be approved by the King County Superior Court.