Posted on Jan 19, 2018
Christopher Davis and the dog bite attorneys at Davis Law Group, P.S., has filed a civil lawsuit on behalf of a woman who was viciously attacked by a dog in Wenatchee in February of 2015. 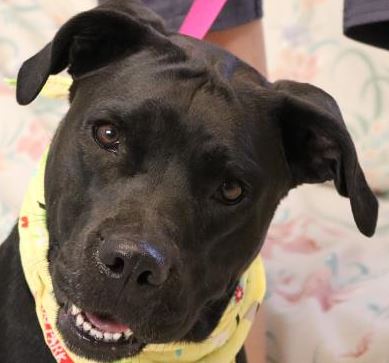 The victim is an active 60-year young woman who enjoys spending time with her family and friends. Her hobbies include bowling, gardening, landscaping, housekeeping, cooking, hiking, bike riding, dancing, walking and computer games.
The victim was visiting a Wenatchee-area home to watch the Super Bowl.  She and several other guests were seated at an outdoor fire pit when the homeowner introduced their 7-month-old male pit bull lab mix dog.  The dog immediately nipped at the victim’s hand and foot but she was not injured.  The dog owner then chained the dog on a dog run and everyone went back inside.
About a half hour later the attempted to go back outside believing the dog was still on the cable run.  Somehow the dog had escaped the dog run and the dog growled and lunged at the victim and attacked her tearing a chunk of skin and flesh from her upper arm.  She tried to get away but was unable to escape the dog and he attacked her again.  On seeing her wounds, she passed out.
The dog bite victim was transported to Central Washington Hospital emergency room for treatment of lacerations from the dog bite.
Wenatchee Valley Animal Care & Control officers investigated this attack and the owner admitted that the dog had bitten others before.  The dog had been surrendered to the local humane society several times prior to his adoption.  Two of the times to previous owners had cited “behavioral issues” and “aggression to people” as the reasons for giving up the dog.
As a direct result of the dog owner’s failure to properly contain the animal, the victim suffered serious injury to her right arm and wrist, which resulted in lacerations, an open fracture of the distal ulna, permanent scarring and PTSD.   She required tens of thousands of dollars in medical treatment and physical therapy to regain movement in her fingers.
The victim has experienced, and continues to experience, a significant loss of enjoyment of life.  She still suffers from anxiety when she comes across dogs in public or at someone else’s home. Her broken bone has healed, but she still does not have full strength or range of motion in her right arm.  She has difficulties doing basic things that require a lot of hand movement.
DLG Case Number: 201588
Docket: 18 2 00055 1
Court: Superior Court of Chelan County for Washington
Date Filed: 1/16/2018
Note: Dog pictured is a lab/pit mix.