UPDATE 8/5/2017: Attorney Chris Davis has responded to "false and/or misleading statements" made by attorney Carla J. Higginson, corporate counsel for Inter-Island Propane and Jim's Heating via a letter to the editor at The Islands' Sounder newspaper. Mr. Davis's full response can be read at this link. 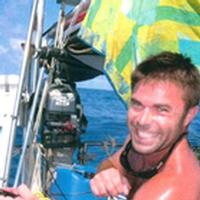 The complaint filed in San Juan County Superior Court (17-2-05124-2) alleges that the homeowner, Edward Ashcraft, negligently repaired and modified the home’s heating system while receiving advice, instruction, consultation and/or oversight from Friday Harbor companies Jim's Heating & Refrigeration and Inter Island Propane, LLC. The companies are owned and run by Friday Harbor resident Jimmie Lawson, II. The lawsuit alleges that the repairs and modifications to the home heating system did not satisfy local building safety codes and manufacturer standards, and that the companies knew about it but took no action to protect occupants or guests of the home.  The lawsuit further alleges that the defendants’ acts and omissions caused Mr. Sullivan’s death while he was an overnight guest in the home.

The homeowner had recently performed maintenance work on the home’s heating system by installing an undersized plastic PVC vent pipe to the system’s exhaust outlet.  PVC is a synthetic plastic pipe that is not to be used with mechanical devices that generate high heat because the heat can cause the PVC to melt, soften and/or separate.  PVC pipe manufacturers generally do not recommend using PVC pipe as a flue material.  As a result, the home’s heating system released lethal levels of carbon monoxide gas into the living spaces during the night that Troy J. Sullivan was sleeping inside the residence.

We ask that members of the media respect the privacy of the victim’s family and direct all media requests to Davis Law Group, P.S.