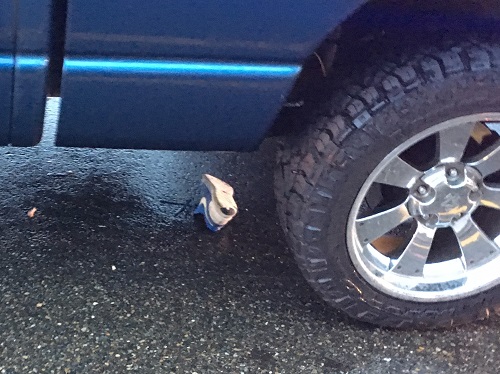 Davis Law Group, P.S. has filed a civil lawsuit against Thurston County on behalf of a pedestrian who was severely injured in an Olympia-area crosswalk that had a malfunctioning cross signal.

On February 20th, 2019, Jordan Radcliffe of Spanaway had parked his vehicle in the employee parking lot near Setina Manufacturing and was headed to his temporary job across the street.  He pushed the 'push-to-walk button' at the marked crosswalk on the eastbound lane side of the intersection at Yelm Highway SE and Rich Road SE in Thurston County.  When the light signaled that it was safe, he proceeded northbound across Yelm Highway SE from Rich Road SE in the pedestrian crosswalk.

As he was crossing the street in the marked crosswalk at about 7:00am, Radcliffe was struck by a 2002 Dodge F1400 pickup truck driven by Antonio Uribe (Collision Report #E895701).  The force of the impact knocked Radcliffe out of his shoes (see accident scene photos).  He was taken to St. Peter’s Medical Center where he was treated for serious injuries.

Thurston County has a duty of care concerning the construction, design, maintenance, and operation of their public streets and traffic signals, including crosswalk signals, and to keep them in a reasonably safe condition for the public.  Thurston County failed to take the necessary and proper corrective actions to make the crosswalk and/or crossing area safe for ordinary travel by pedestrians and operators of motor vehicles.

Numerous complaints about the malfunctioning lights had been reported to the county prior to the accident.  Radcliff's employer had filed complaints with the city/county.  There were several pedestrian accidents in the area over the past few years.  Just 20 days (3/12/2019 11:13am) following the Radcliff collision, a seventeen year old boy was struck in the exact same location (Collision Report #E902192). 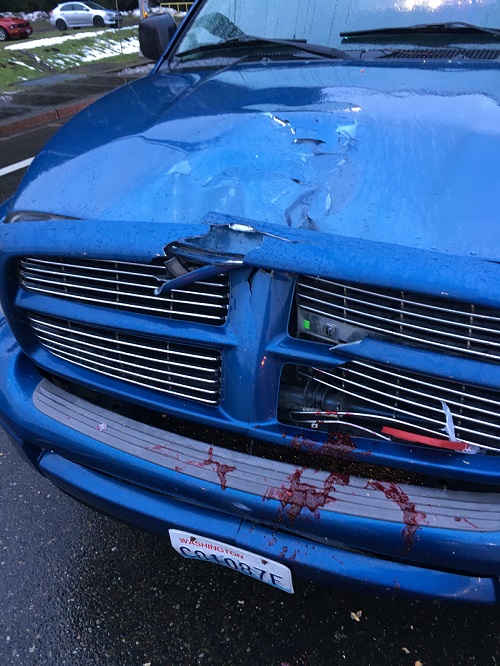 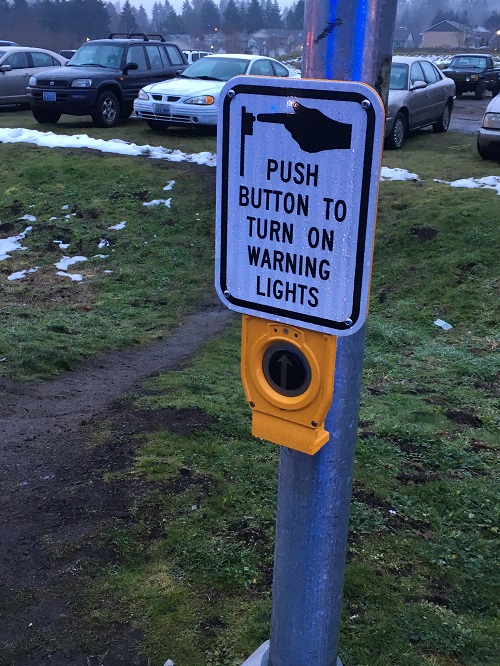 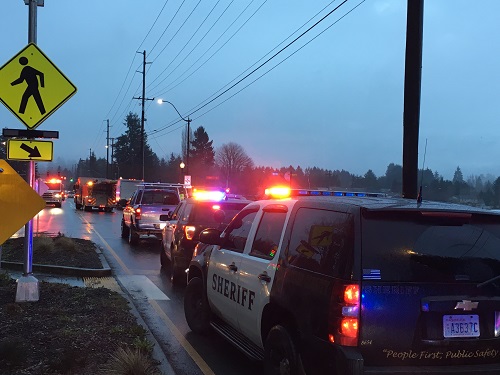 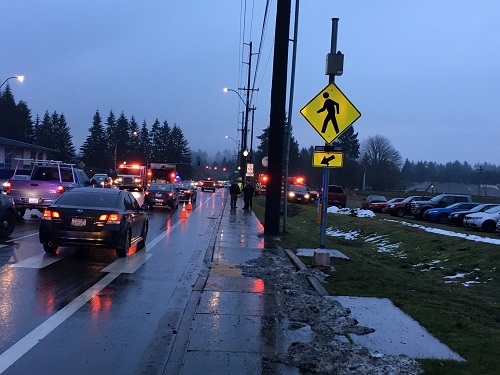 Video Credit: Pedestrian in stable condition after being hit by pickup truck on Yelm Highway, The Olympian, February 20, 2019 12:48 PM