Dog bite attorney Chris Davis owns a vacation home in Crescent Bar and is well-known by many of the local residents.  Friends a neighbors often refer Dog bit victims from the trailer park, Sunserra, Leisuretime RV Park and Crescent View to Davis when they need help settling their dog bite claims.

In recent years Davis has handled at least one to two Crescent Bar dog bite cases per year.  Below are details of two separate cases that happened in the Crescent Bar Trailer Park which both resulted in severe upper-lip damage.

In May 2017, a vacationing man and his wife were walking around the Crescent Bar trailer park. As they passed one of the trailers, a group of people siting and chatting on the patio invited them to join. The man began to pet trailer owner’s dog.  The dog owner she picked up the dog and placed it in his lap. Suddenly and without warning, the dog lunged at his face and locked onto his upper lip, causing severe damage.  The case later settled for $50,000.  DLG Case No. 201861. 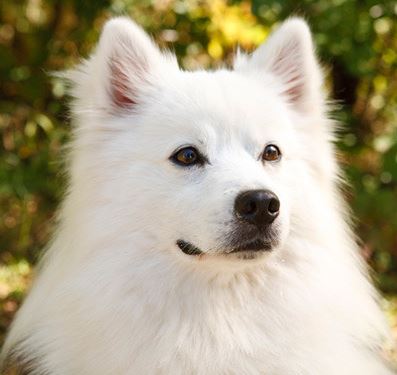 Davis Law Group, P.S., has filed a civil lawsuit on behalf of a woman who was the victim of a vicious dog attack in Grant County, Washington.

In 2016, while on vacation near the city of Quincy, the victim was visiting the home of a friend when the friend’s dog unexpectedly and without warning or provocation lunged at and viciously bit her on the face.

The dog was a 14-year-old American Eskimo breed that was partially blind and deaf.  The lawsuit claims that the defendant dog owners had prior knowledge that their dog had vicious and/or dangerous propensities that were likely to lead to the injuries inflicted upon another human being but failed to properly restrain the dog. 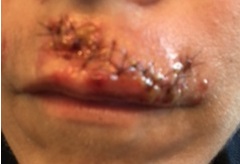 The victim is an attractive 49-year old married mother and senior manager at Microsoft who enjoys spending time with her friends and family.  She was taken to a local emergency room for treatment of a large, jagged laceration across the mid to left upper lip that went deep into the facial muscles.  She required 16 stitches to close the wound.  Although she has had multiple plastic surgery scar revision procedures, the victim will have a noticeable scar on her face for the rest of her life.

The victim's claim for damages include medical bills, lost wages, pain and suffering, emotional injury, and other harms and losses.

Washington’s Dog Bite Law imposes strict liability on the dog’s owner for injuries inflicted by the animal on another person.  The relevant statute, RCW 16.08.040, states as follows:

"The owner of any dog which shall bite any person while such person is in or on a public place or lawfully in or on a private place including the property of the owner of such dog, shall be liable for such damages as may be suffered by the person bitten, regardless of the former viciousness of such dog or the owner's knowledge of such viciousness."