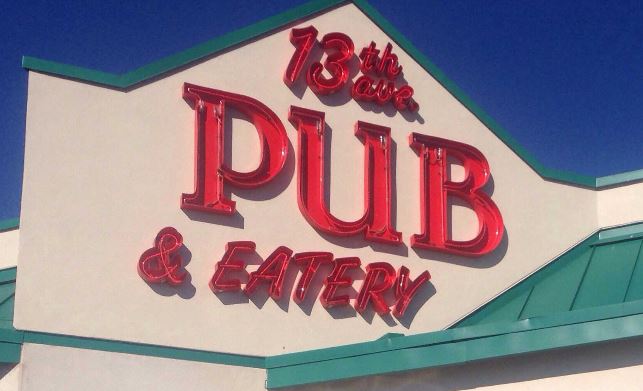 The complaint for damages (16‑2‑2087431) alleges that LEG is liable for the negligent acts and/or omissions of its employees under the legal doctrines of principal-agent and employer-employee among others.

According the court filing, LEG over-served alcoholic beverages to David C. Kennedy while he was in the pub on the late evening of June 5, 2016 and/or early morning of June 6, 2016.

By over-serving alcohol to Kennedy, LEG and its employees violated RCW 66.44.200(1).  LEG has a duty to properly train staff regarding the over-service of alcohol to patrons and to look for signs of intoxication.

Kennedy’s ability to drive a motor vehicle in a safe and prudent manner was severely impacted by the amount of alcohol he consumed while at the 13th Ave Pub.

At approximately 1:54 a.m. on June 6, 2016, Kennedy was traveling at an excess speed, lost control of his vehicle and slammed into a utility pole.  His car then became airborne and was launched across two lanes of the road before it then collided into a tree.  The impact with the tree caused the vehicle to rebound and then collide into a cyclone wire fence and corner post, where it finally came to rest.

Plaintiff Jace A. Kuntz was a passenger in Kennedy’s vehicle.  Kuntz suffered serious and life-altering injuries and incurred substantial damages as a result of the drunk driving crash.  Jace had to be extracted from the crumpled vehicle with the jaws of life. He was taken to Harborview Medical Center. His severe injuries included bleeding of the brain, stitches on the right side of his head, temporarily impaired speech, a broken nose, right shoulder and arm pain, and scratches on face and ankles.

Kennedy was arrested by law enforcement officers from the Lynnwood Police Department at the scene of the collision.  Criminal charges include Driving Under the Influence of Intoxicants (DUI) and Vehicular Assault. Kennedy refused to provide a valid breath sample to police for the purpose of measuring his breath‑alcohol content. The officials later obtained a search warrant for a blood draw, and found that Kennedy's blood alcohol content was 0.257 at the time that the blood sample was taken.