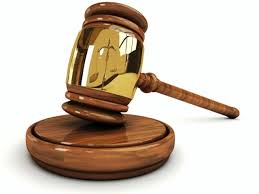 Attorney Chris Davis obtained a $435,000 jury verdict for a victim of a pit bull attack. The city of Hoquiam and the dog owners were held liable. "Temper," the attacking pit bull, weighed more than 100 pounds and had to be subdued by animal control and police officers on two previous occasions for attacking other dogs. The authorities ultimately had to use a TASER to stop the animal.

The jury decided that Hoquiam Animal Control did not enforce its own rules relating to dangerous dogs, resulting in our client's mauling.

February 2009 – Temper's owner calls animal control to stop her dog as it rip's into a neighbor's dog. Dog is declared ‘potentially dangerous dog.'  Afraid of this declaration, Temper's owner flees with Temper.
August 2009 – Temper's owner must call 911 on her dog again for attacking a different neighbor's dog. The police have to come and have to use a TASER gun to subdue Temper.  Temper's upgraded to 'dangerous dog,' but animal control doesn't take Temper as the rules say they should. Temper's owner flees again and no one tries to find her.
September 2009 – Temper attacks our client, and is only stopped after a witness hits the pit bull repeatedly with an iron skillet. King County Animal Control takes Temper and eventually puts it down. That victim required 10 emergency surgeries and five reconstructive surgeries.

Temper's owner had to do the following in order to own a dangerous dog:

She did none of them and fled the authorities twice. Because of this negligence Hoquiam was required to take Temper away from his owner. The city failed to do this, and endangered our client with its carelessness. Mr. Davis tried the case, and held the city responsible for its apathy.