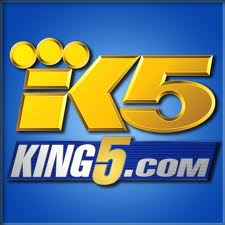 The producers chose to close the program by asking Chris to summarize his experience with insurance companies and offer advice to consumers who are facing the insurance claims process.

The following is a transcript of the portion of the program that contained Chris’ interview.

MAK:  So what does this mean for consumers?  And can you take steps to avoid a dispute with your insurance company?  Seattle trial attorney Chris Davis has a new book “The Ten Biggest Mistakes That Can Wreck Your Washington Accident Case”.  What should you do if you are in an accident?  We are joined now by attorney Chris Davis.  Mr. Davis, give me one of the biggest mistakes that people make after an accident or a wind storm and they have to file an insurance claim?

DAVIS:  The biggest mistake that I see is probably the failure to preserve evidence or documenting the claim, the injury, or the harm that’s been done.  That might include taking photographs calling the police, obtaining witness statements…all the information in the beginning so you can prove the claim down the road.

MAK:  Now you start with the premise that consumers should not think of their insurance adjustor as having their best interest in mind.  And yet we just hear Mr. Newman say that insurance companies do settle claims quickly…that people are generally satisfied.

DAVIS:   I would say this, the insurance industry is in it to make a profit; adjustors are trained to save the company money by settling claims for less perhaps than they may be worth.  So right off the bat there is an adversarial relationship.  Yes, many claims are settled promptly, the question though is whether those claims or those settlements are actually fair.  I am simply advising people to at least consult with a lawyer or find out what your rights are in the beginning of the claim process because that is going to help individuals down the road.

MAK:  I think a lot of people are apprehensive about bringing in a lawyer right away.  I mean, isn’t that setting up an adversarial relationship just by me going out and hiring a lawyer for a claim?

DAVIS:  Well, people have to understand that the insurance industry right off the bat is doing what they need to do to minimize the claim and perhaps pay out less than what may be reasonable.  I am not urging people to hire an attorney immediately.  I am simply saying, you know, it may be in your best interest to just consult with a lawyer or at least do some research on your own to find out what your rights are, what the insurance company’s obligations are so that if you do decide to go it alone you’ll have as much information as possible to make the best decision.

MAK:  And very quickly, do you think that most people have the wherewithal to go it alone with an insurance company?