The grieving husband of a woman who died in a fatal pedestrian accident has retained Davis Law Group to represent his wife’s estate in a wrongful death legal claim. 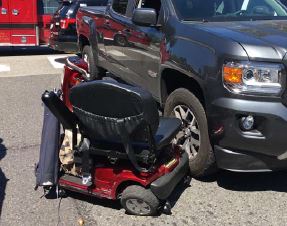 In July 2017 the victim was driving her motorized scooter/wheelchair in the marked crosswalk with the signal in her favor at the intersection of R Street NE and 8th Street NE in Auburn.  She had activated the Walk signal and patiently waited for an indication that it was safe to cross.  Halfway across R Street the driver of a 2016 GMC Canyon made a left turn on a flashing yellow light and struck the wheelchair.

Investigating offers reviewing video footage of the incident later noted that the GMC never slowed down before entering the turn or striking the wheelchair.  The driver was cited for second degree negligent driving, inattentive driving and failure to yield the right of way to pedestrians in crosswalks.

In Washington State a flashing yellow arrow means turns are permitted, but you must first yield to oncoming traffic, bicycles and pedestrians and then proceed with caution.

The 59-year-old pedestrian in the wheelchair suffered a fractured knee, multiple broken ribs and serious head injuries  She was transported to Valley Medical Center .  Two weeks after the accident the victim succumbed to her injuries and died. 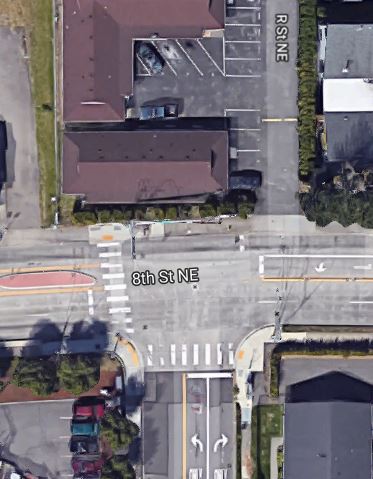