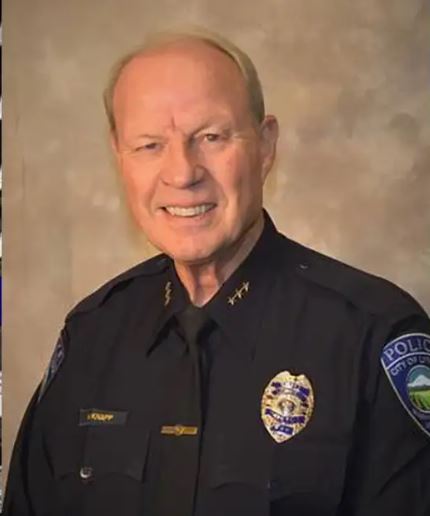 The surviving family of Michael F. Knapp has retained Davis Law Group to represent them in a possible wrongful death legal action.

Lynden interim Police Chief Michael Knapp died in the line of duty from injuries he suffered after being struck by a maroon 1988 Chevrolet GMT-400 while crossing Fourth Street in Lynden, WA on November 5, 2019.

Knapp was airlifted St. Joseph’s hospital to Harborview Medical Center in Seattle but died of his injuries the following day. Knapp was a former FBI special agent and chief of police for Medina, Ferndale, Blaine (interim), and Lynden (interim).  His outstanding character, leadership and professionalism fueled the love and respect of all that knew him.

Knapp is survived by his wife, daughter, son-in-law, and two grandchildren. Any and all requests for information or interviews must be directed to Davis Law Group.  Call our downtown Seattle office at (206) 727-4000 to learn more.