The victim of an Everett car accident has hired attorney Chris Davis and the car accident legal team at Davis Law Group to represent him and his children in possible legal action against the at-fault driver.

The accident, which took place in May of 2019 at about 12:30 PM on 41st Street Southeast in Everett, was captured on the victim’s dashcam.

The victim was driving a 2018 Dodge Charger as he and his children traveled northbound in the middle lane on 41st Street when a 79-year-old elderly woman driving a 2014 Kia Forte in the southbound lane attempted to make a left turn onto Hoyt Avenue without checking for on-coming traffic.  The victim t-boned the at-fault driver’s car.

The victim was transported to Providence Medical Center and suffered injuries to his back, neck, arms, knees and legs as well as a concussion.  The victim later required surgery and will miss weeks of work. 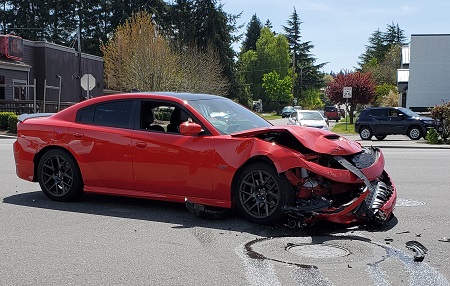 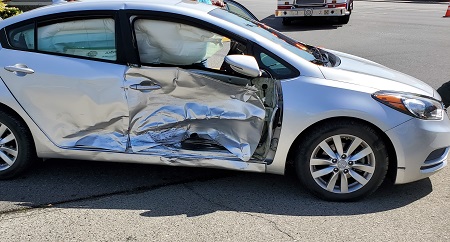