Attorney Chris Davis recently negotiated a $1 million settlement with Northwest Transport after an employee’s negligence resulted in an elderly woman suffering a TBI and other injuries. The company also formally admitted fault as part of the settlement agreement. 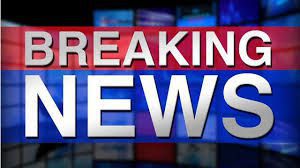 Seattle attorney Chris Davis has successfully negotiated a $1 million settlement agreement with Northwest Transport, a Puget Sound-area transportation company, on behalf of a client who suffered a traumatic brain injury (TBI) and other injuries from a dangerous fall after one of the company’s employees failed to follow proper procedures for unloading patients.

According to court documents (King County Superior Court, Case No. 12-2-18411-9), the employee failed to properly operate the mechanical lift gate that is designed to safely lower special needs passengers from the vehicle. As a result of his negligence the victim, 81-year-old Labeeba Alim, fell from the vehicle and struck her head on the concrete and the employee fell on top of her, causing further injury.

“Simply forgetting to put the wheel chair ramp up when that is your job, day in and day out, is something I believe is inexcusable,” Davis said of the employee’s negligence.
The physical trauma from the brain injury was so severe that a piece Alim’s skull had to be removed in order to reduce the swelling. She now relies on a feeding tube for food and medication and has difficulty speaking and swallowing and is constantly monitored by caregivers.

As part of the conditions of the settlement agreement, Northwest Transport formally admitted to wrongdoing.

“Upon further investigation into the company, we found out that the driver was not that experienced and that the driver did not undergo very much training regarding the unloading of passengers,” Davis added.

The combination of inexperience and a lack of training ultimately led to an unfortunate accident that changed the victim’s life forever, says Davis. The settlement will allow Alim’s family to provide her with the medical attention and around-the-clock care that she deserves.

About Chris Davis
Christopher M. Davis, founder of the Davis Law Group, has been a licensed attorney in the state of Washington since 1993. He has tried dozens of personal injury cases to verdict and has successfully handled and resolved hundreds of accident claims. He has been a Washington ‘Super Lawyer' for seven years in a row for his expertise and success in litigating personal injury claims. You can learn more about the firm by visiting: http://www.DavisLawGroupSeattle.com.