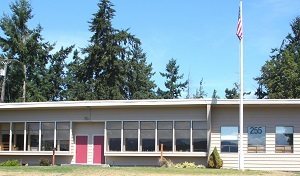 Attorneys Chris Davis of Davis Law Group, P.S. and Lincoln Beauregard of Connelly Law Offices, PLLC have filed a civil lawsuit against the Western Washington Corporation of Seventh Day Adventists on behalf of a 10-year-old girl who was the victim of sexual abuse at the Mountain View Christian School in Sequim, WA.

The 10-year-old female victim attended Mountain View Christian School and was a student of Douglas J. Allison during the 2015-16 school year.  She and at least one other student were sexually molested on more than one occasion in the classroom by Allison until he was arrested on June 28, 2016.

Allison pleaded guilty in Clallam County Superior to two counts of first-degree child molestation and two counts of first-degree child rape against two students at the school.  The school is owned and operated by the Sequim Seventh-day Adventists Church with oversite from the Washington Conference of Seventh-day Adventists.  In September 2016 Allison (DOC# 392784) was sentenced to 26½ years in prison. He is currently incarcerated at the Airway Heights Corrections Center.

The Clallam County Sheriff’s Office investigated. The criminal investigation reports reveal that Allison may have engaged in other instances of molestation as far back as 2012 when he was a teacher at Crescent City Seventh Day Adventist Christian School in Crescent City, California.  A former student at this school made similar allegations that Allison had touched and/or fondled her inappropriately.  No criminal charges were brought in that case.  The church also did not take any action against Allison in that case.

The Clallam County Sheriff criminal investigation also revealed that Mountain View Christian School officials had received several prior complaints from parents about Allison having inappropriate contact with students. These complaints to school officials were made approximately six months prior to his arrest, and before the 10-year-old victim was molested at the Mountain View Christian School.

The Clallam County Sheriff investigation found that the molestation happened in the classroom during school.  Allison admitted touching the victims’ private parts both outside and inside their clothing. There were several instances of genital finger penetration while students sat on his lap.  He also placed the victims under his desk and between his legs so they could fondle his penis and engage in oral sex. This also occurred while other students were working or studying in the classroom.

The lawsuit was filed on today in King County Superior Court (17-2-15589-6  SEA) and claims that the Mountain View Christian School’s management team knew of Allison’s propensity to inappropriately touch students.  And the school acted negligently by failing to take proper remedial actions and prevent the ongoing molestation.

In April of 2016 the parents of the victim retained attorney Chris Davis of Davis Law Group to represent the civil interests of the minor child.  In early 2017 initiated an association with Lincoln Beauregard of Connelly Law Offices in order to expand the legal team on the case.

About Chris Davis
Christopher M. Davis, founder of Davis Law Group, has been a licensed attorney in the state of Washington since 1993. He is well-known for his diligent investigation and determined advocacy on behalf on injured victims. He is frequently sought-after by the news media as a legal analyst/commentator or to discuss his most high-profile cases.  You can learn more by visiting: http://www.DavisLawGroupSeattle.com.

About Lincoln Beauregard
Lincoln Beauregard, a founding partner of Connelly Law Offices, has been a licensed attorney in the state of Washington since 2002.  He is a seasoned trial lawyer with an in-depth knowledge of sexual abuse law. He is frequently involved with cases against state agencies and prominent public figures.  He is perhaps best known for his work on cases involving Seattle Mayor Ed Murry and King County Sheriff John Urquhart.

MEMBERS OF THE MEDIA: The victims of crimes, their families and friends often find themselves the subject of media coverage, regardless of whether they agree to participate directly.  Victims are affected by the way that the media reports crimes and victimizations.  It is our hope that if the news media decides a story is newsworthy their reporting will be respectful and will not cause further trauma.