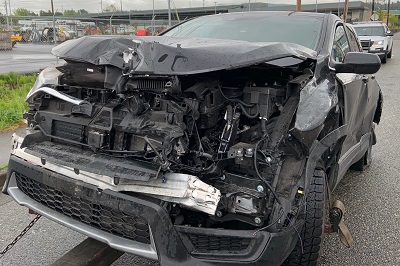 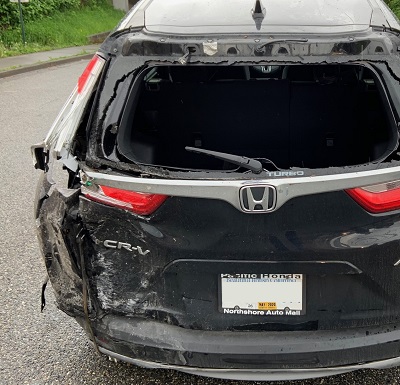 The victim of a serious semi-truck accident near Bellingham, WA that involved an 18-wheeler that rear-ended a Honda CRV has retained Washington trucking accident attorney Chris Davis and the team at Davis Law Group to represent him in possible legal action.

On May 20, 2019 the victim, a Canadian living in British Columbia, was traveling on northbound Interstate 5 near milepost 254 in stop-and-go traffic.  He had come to a complete stop due to a traffic jam.  Suddenly, and without warning, he was rear-ended by a Hicks Trucking Inc 18-wheel truck and pushed into the car in front of him causing a multi-car-chain-reaction.  Four vehicles were involved in the pile-up.

The victim’s vehicle was crushed like a soda can between the semi-truck and the vehicle in front of him.  He suffered serious injuries to his hands and arms when the airbag deployed.

Canadian citizens are frequently involved in motor vehicle collisions while visiting Washington State.  It is important for Canadians to hire a Washington-based attorney to assist them with insurance and/or medical claims following a car accident in the US.