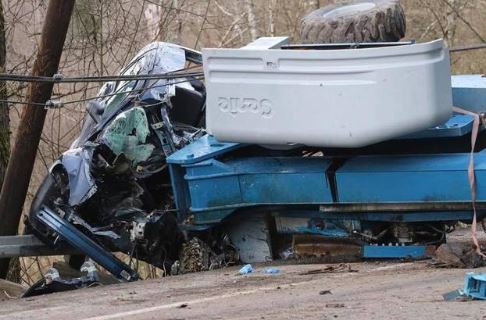 The grandmother and father of a little girl who survived a horrible truck accident that took the life of her mother have retained Davis Law Group to represent the child’s interests in possible legal action against the responsible parties.

On February 25, 2018 at 3:48 PM the girl was a passenger in a Chevy PT Cruiser driven by her mother.  The two were traveling on Black Diamond Road near North Holm Road in Auburn when a Western Star tractor towing a 30ft flatbed trailer made a turn that caused the cargo to shift and the driver lost control ove the vehicle. 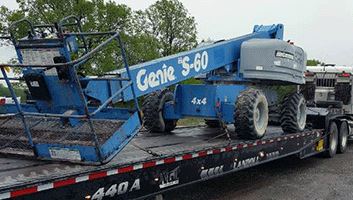 The trailer overturned dumping the Genie HiLift S60 (weighing 29,000lbs) and colliding with the car driven by the girl’s mother.  After the car was hit, the car was thrown onto the guard rail and left dangling over a ravine.

Initial law enforcement investigation documents indicate that the Genie HiLift may not have been properly tied down to the flatbed trailer.  Bottom photo shows a Genie S-60 on a flatbed trailer.

The semi was owned and operated by Bush Trucking of Kent, WA.

The girls mother was pronounced dead at the scene of the accident.  The child was severely injured suffering multiple leg fractures and head trauma, and was rushed to Harborview Medical Center.