His Father Was Killed Just A Month Before He Was Born. Now…

Little Alexander Nathaniel Culai was born on March 16th 2018, just 25 days after his father was struck and killed by a street sweeper in Bellevue.

Forty-four year-old Alexandru Culai (pronounced “cool-eye”) was struck and killed by a street sweeper on February 19, 2018 near the intersection of 120th Avenue and Northeast 12th Street in Bellevue, WA.  The location where Alex was hit was adjacent to a large construction site.

Nearly two years after the accident the family is still putting the pieces back together.

Alexandru (Alexander in English) Culai was originally from the small, Eastern-European country of Moldova.  He moved to the United States in 2006.  Although he was working as a long-haul truck driver at the time of his death, he was a well-known poet, singer, musician and music teacher in his homeland.  And locally he was a popular Christian singer.  Click here to see performances and read his last poem.

At the time of his death he had two teenaged sons with his ex-wife and his widow was was 8 ½ months pregnant at the time and just weeks later she gave birth to their son Alexander Nathaniel Culai, who will turn two in March.

Why Did The Street Sweeper Accident Happen?

In March 2019 the street sweeper accident lawyers at Davis Law Group filed a wrongful death lawsuit on behalf of the Culia’s widow Natalia and their son, little Alexander Nathaniel Culai  Through a lengthy investigation and multiple depositions the following facts have come to light:

The average blind spot to the rear of a passenger car is 13 feet or more depending on the vehicle. SUVs have an even larger area of invisibility behind them averaging at about 18 feet.  A commercial vehicle, such as a street sweeper, box truck or tractor-trailer can have a blind spot that prevents the driver from seeing other vehicles, objects or pedestrians for up to 200 feet directly behind the vehicle.

A NHTSA study of rear-view video systems confirms the effectiveness of rear-vision cameras as a means of allowing the driver to see behind the vehicle.  The study found that a rear-view camera system can help companies avoid 40 percent of backing accidents.

As of May 1, 2018, there are additional requirements to the rear visibility portion of the Federal Motor Vehicle Safety Standard (FMVSS 111). This Standard has been for the rear view mirror (performance, number, reflective surface area, magnification, labeling, and location of rear view mirrors) of multipurpose passenger vehicles, trucks, and buses. The change to include rear vision camera systems in the Standard comes from the Cameron Gulbransen Kids Transportation Safety Act of 2007. The National Highway Traffic Safety Administration was directed to develop rules appropriate to expand the driver’s field of view in an effort to lower the incidence of backup accidents.

The new FMVSS 111 guidelines require that vehicles with a gross weight of 10,000 pounds or less must be equipped with a device that will give the driver an unobstructed 20-degree field of view immediately behind the vehicle. This field of view constitutes a ten-by-twenty-foot field behind the vehicle. The view image must automatically start within two seconds of starting the backing-up maneuver, deactivate after the vehicle has resumed forward motion or the driver turns it off, and post the image with minimal lag. This would include not only passenger automobiles but also certain models of Type A-1 school buses in the regulation’s weight class.

In August 2019, the Federal Register has published a notice and request for comment from the United States' National Highway Traffic Safety Administration on the potential use of cameras and video screens to replace conventional glass side and rear-view mirrors. 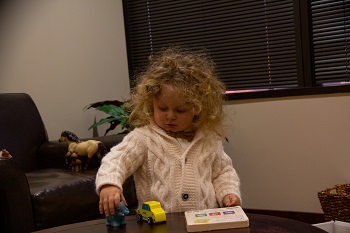 Alexander Nathaniel Culai was born on March 16th 2018, just 25 days after his father was struck and killed by a street sweeper in Bellevue.

“I feel like his father is his guardian angel.  I believe that our lost love ones watch over us.”

Like the children born after a parent was killed on 9/11 or those born to fallen soldiers the only relationship little Alex will have with his father is through the memories, videos and photos that friends and family may share.

Little Alex will not have the benefit of Moldovan family traditions that are typically handed down from father to son.  He will have to settle for watching videos of his father singing on YouTube.

Posthumous children who grow up without a father

For boys, a positive male role model helps to influence better decision making.  From their fathers boys learn respect for not only themselves but for all of those around them.

Researchers at McGill University found that paternal deprivation during development affects the neurobiology children.  Their research indicates that growing up without a father could permanently alter the structure of the brain and produce children who are more aggressive.  Fatherless children are more likely to grow up angry and turn to drugs.

A 2017 study published in the Journal Pediatrics reported that the loss of a father has a significant adverse effect on a child’s well-being.  “The father is being removed from the life of the child and that is plausibly associated with an increase in stress, for both economic and emotional reasons,” said Notterman, a senior research scholar and lecturer with the rank of professor of molecular biology.

Natalia Culai hopes that with the love and support of family, friends, her church, and community little Alex will grow up to be as confident and strong as his father.  There have been many financial struggles since her husband’s passing.  But she plans to stay in the United State so she will have more opportunities to provide for her son.