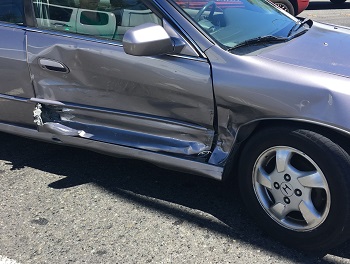 A young woman who was the victim of an automobile accident cased by an elderly driver has retained Davis Law Group to represent her in possible legal action.

On July 12, 2018 at approximately 11:35am the victim was driving his 2000 Honda Accord across 150th Ave SE in Bellevue, WA as she was exiting Eastbound Interstate 90 onto Southeast 37th Street.  Witnesses say that an 87-year-old woman driving a 2000 Toyota Camry failed to stop for a red light and t-boned the Honda.

The impact caused the victim to hit her head on the roof of the vehicle as well as the side window.

Both vehicles were a total loss.

The victim of this crash suffered a severe concussion resulting in a traumatic brain injury.  Symptoms include memory loss, communication issues, concentration problems, blurred vision, depression and other TBI symptoms.  He also suffered back, neck and ankle injuries.

Many victims of car accidents caused by elderly drivers ask just how often senior citizens are involved in crashes.  Davis Law Group investigators found that there were 246 accidents in Bellevue, WA involving a senior driver between the ages of 80 and 100 during the three-year period between 2017 and 2019.

We found that 9.76% of those accidents happened on Interstate 405; 9.35% on Interstate 90; 7.72% on 147th Street; and 6.91% on NE 8th Street in Bellevue.  Other roadways with a significant number of accidents involving senior drivers include 140th Avenue, 150th Avenue, Bellevue Redmond Road, and Factoria Boulevard.

Some advanced-age-drivers make a point of only driving on clear, sunny days when visibility is good.  However, 88% of accidents we examined in Bellevue that involved elderly drivers between 80-100 years old happened during daylight hours, 70% on a clear day. Elderly drivers are known for slow traveling speeds which is probably why only slightly more than 25% of accidents involving senior citizen drivers result in an injury.