According to Island County Sheriffs' Office Report Number 20-I00875, on January 14, 2020, Wise was driving northbound on NE Camano Drive near Camano, Washington when his 2004 Dodge Ram 1500 truck slid across the center dividing line into the southbound lane of NE Camano Drive and struck two vehicles—a 2008 Ford Focus and a 2018 Honda Ridgeline.

The accident took place approximately 7 miles (10-minute drive) from Wise’s trailer home in Camano Island’s O-Zi-Ya (translation "take a rest") community.  All three vehicles suffered serious damage (see photos) and both the driver and passenger of the 2008 Ford Focus were taken by ambulance to Skagit Valley Hospital in Mount Vernon, WA where they were treated for their injuries.  The driver of the Ford suffered serious injuries which included a fracture of the shaft of his tibia and fibula which required surgery and a five-day hospital stay.  The victims continue to recover from their injuries today.

Wise was not charged with any crime in connection with the accident.  However, a pending civil legal action may be filed in Island County Superior Court later this year.

Michael Wise is a 68-year-old, actor who began his career as an extra in 1979’s The New Maverick television pilot.  This was followed by small parts in soap operas such as General Hospital and Santa Barbara.  He played a gas station attendant during a season-six episode of the evening-drama Falcon Crest.  Over the years he made frequent television appearances and was a guest on the Nickelodeon sketch comedy The Amanda Show's banned episode 29.

Wise’s most notable film appearances include a small roll in 1987’s “Road House” with Patrick Swayze in which Wise was credited as ‘Gawker’.  An uncredited role in 1993's “Tombstone” staring Kurt Russell, Val Kilmer, and Sam Elliott.  He played a supporting role in 1987's “Death Wish Four: The Crackdown” starring Charles Bronson.  He also had a small part as Native American elder named Clear Springs in the 1996 teen horror film flop “Fever Lake” staring Bo Hopkins, Corey Haim and Mario Lopez. But perhaps his largest film role was that of ‘Snakeman’ in the 1989 film “Next of Kin” starring Patrick Swayze, Liam Neeson, Helen Hunt, Bill Paxton and Ben Stiller.

Wise is a member of the Native American Caucus of the Screen Actors Guild (SAG).  In 2002 Wise co-founded the non-profit Native American Film & Television Alliance (NAFATA) to promote the advancement and effective presence of Native American people as actors, directors, writers/storytellers, producers and technical personnel in film, television, theatre and radio.  The organization has since dissolved. 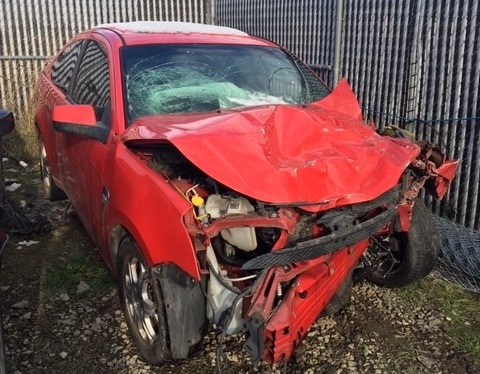