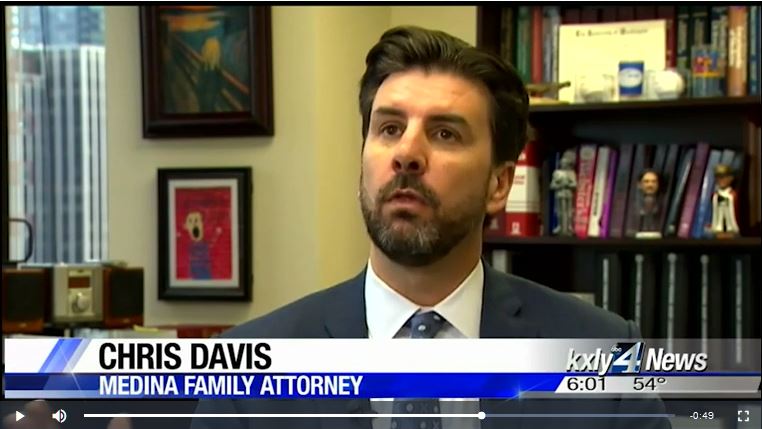 SEATTLE, Wash. – The mother of a 17-year-old boy killed by a mistakenly-released prisoner in 2015 has officially filed a $5 million claim against the Washington State Department of Corrections (DOC), alleging the agency’s negligence led to the boy’s death.

Attorneys representing the victim’s family on Thursday served the Office of Risk Management for the State of Washington the mandatory Standard Tort Claim Form on behalf of Veronica Medina-Gonzalez, mother of Ceasar Medina. Then-17-year-old Medina was killed by an inmate who was released due to a supposed “glitch” in the DOC’s software used for calculating inmates’ sentences.

The state’s own investigation has found that the problem began in 2002, when the state Supreme Court ruled that the DOC was required to apply “good time” credits to prisoners’ sentences. The report also found that high-ranking DOC employees knew about the glitch as early as 2012, but planned fixes to the glitch were repeatedly delayed, by as much as three years, for reasons that the officials have not been able to explain.

“The conduct that has occurred in this case is one of the most extreme examples of negligence I have witnessed in my 22 years of practicing law,” says attorney Chris Davis, founder and principal attorney at Davis Law Group in Seattle. “Imagine if a state prison knew that inmates were escaping through a hole in the prison walls and continued to let that happen for several years. This case is no different, and lives were lost as a result.”

In total, state officials have found at least 21 instances of inmates committing new, sometimes violent crimes after being mistakenly released. Medina is one of at least two people who were killed by an inmate who should have remained behind bars.

Mr. Davis asks that the media respect the privacy of the victim’s family and direct all media requests to Davis Law Group, P.S.