Davis Law Group has settled a wrongful death lawsuit on behalf of the surviving wife and child (unborn at the time of the accident) of the man who was killed by a street sweeper in Bellevue in February 2018.

Forty-four year old pedestrian Alexandru Culai was killed on February 19, 2018 when he was struck and pulled under a street sweeper vehicle.  Culai was a professional Christian singer and tractor-trailer driver who left behind a wife who was 8 months pregnant and two teenaged children.

The Bellevue Police Department determined that Mr. Culai was solely responsible for causing his own death when he walked into the path of the street sweeper.  However, attorney Chris Davis and other lawyers involved with the case were able to discover that the driver of the street sweeper, LeRoy Westphal, was not properly trained to use the vehicle and that he failed to use the back-up camera when he struck and killed Mr. Culai.

The complaint for damages against Nelson & Sons Construction alleged that the driver failed to operate the street sweeper vehicle in a safe manner and failed to keep a proper lookout and/or watch the vehicle's backup camera.  The case was filed in King County Superior Court (19-2-05894-3-SEA) and had been set for trial in March of 2020.

The insurance settlement will benefit Culai’s widow and 2-year-old son as well two teen sons from a prior marriage.  Attorney Chris Davis of Seattle civil litigation firm Davis Law Group represents the victim's widow and infant child (child born one month after the death of father) who will each receive one million dollars. 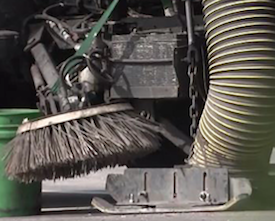