T'is The Week Before Christmas. And Santa Is Still Waiting For The Insurance Company To Pay His Injury Claim 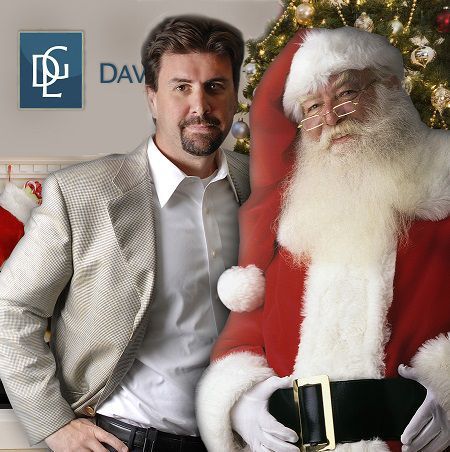 T’was the week before Christmas and through the law office,
the legal staff was helping clients financially recover for harms and losses.
Settlement demands were created with the greatest of care,
to make insurance companies pay an amount that was fair.

Lawsuits had been filed and defendants were served,
to ensure clients get the compensation they deserve.
Even though it's the holiday season the legal staff persists.
Handling every little issue. No small detail can be missed!

When out in the lobby there arose such a clatter,
the staff sprang from their computers to see what was the matter.
It was Santa Claus himself, he needed legal help and representation.
He'd been rear-ended by an over night express plane—his injuries’ causation

Santa's medical condition had improved after treatment and rest.
But dealing with the insurance adjustor was making Santa feel stressed.
Because even though the 'accident' wasn’t Santa’s fault,
trying to work with the insurance company felt like a military assault.

When injury victims and their families are put to the test,
they want to hire the legal team that's the best.
When looking for just the right attorney to help,
the elves searched Google, AVVO, and Yelp.

To get his medical bills paid Santa needed to recoup.
Attorney ratings and reviews pointed to Davis Law Group!
Our new client is Santa, what a holiday perk!
Attorney Chris Davis and his team got right to work!

From naughty rule-breaking drivers,
To bridges that fall,
Davis' team fights for victims' rights,
And justice for all.

Attorneys Chris and Greg have so much work to do,
For in addition to Santa there's another injured party too.
Rudolf had suffered from a vicious dog bite.
Why don’t people lock up their canines on Christmas night?

Davis led the negotiations and filed a lawsuit.
His skill and experience no insurance defense attorney can refute.
The cases were settled for amounts that were fair.
Davis and his team have real expertise and flair.

And we heard Santa exclaim as his sleigh took flight,
Hire the Davis Law Group to protect your legal rights!