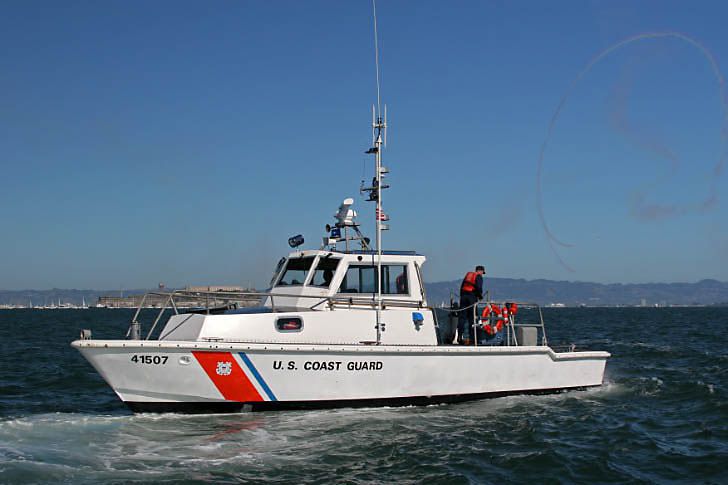 The U.S. Coast Guard is responsible for the death of an 8-year-old that took place in 2009 during a holiday boat parade.

The Coast Guard crew’s excessive speed was to blame for the crash, said the National Transportation Safety Board. They were abroad a 33-foot patrol boat and a 24-foot Sea Ray.

Anthony Deweese was the only child that died, but four of the twelve other children on the boat were seriously injured.

At the time of the boat accident, the Coast Guard was responding to a reported grounding, which was classified as a non-emergency. The boat was driving about 22 mile per hours – much faster than it should have been traveling due to the conditions.

The Coast Guard boat hit the family’s boat from behind, according to NTSB. There were no injuries reported on the Coast Guard’s boat. Majority of the men on the boat refused to be interviewed by investigators.

The NTSB explained that the lack of oversight of the small boat vessel on the Coast Guard’s part, contributed to the boating fatality. In fact, the station’s officer of the day, who was also in attendance on the boat, did not tell the driver to slow down.

"The Coast Guard is an organization that traditionally fills the role of rescuer," NTSB Chairman Deborah A.P. Hersman said. "It is especially sad that a family night of celebration in the Bay ended in tragedy because of a coxswain's poor judgment and the Coast Guard's ineffective oversight of vessel operations."

The NTSB said that the speed was excessive due to the darkness, background lighting and heavy boat traffic.

Due to the investigation and findings of this case, there are steps that have been taken to prevent similar accidents.

"We owe it to the DeWeese family, the memory of Anthony, and the public we serve, to learn all we can from this tragic accident," said Coast Guard spokesman Lt. Cmdr. Christopher O'Neil. "We take very seriously our role as the nation's maritime safety agency and we're profoundly saddened by the loss of life in an accident involving one of our crews."

During the Parade of Lights, a holiday event is when the wrongful death occurred on the water.

The coxswain was found guilty of failing to perform a risk assessment and was sentence to three months and confinement and reduced in rank.

The case of one crewman charged with dereliction of duty was dismissed because of insufficient evidence at a non-judicial hearing. A fifth Coast Guardsman who was on the boat as a trainee was not charged.

After reviewing the boat accidents, there have been changes to improve its operations, including increased navigation training requirements for boat crews.

In 2.6 million boat hours, there have been three Coast Guard boat-related accidents resulting in fatalities in the last 5 years. In addition to this fatal boat collision, a Coast Guard member was killed in March 2007 after being ejected from a patrol boat. Another Coast Guardsman died in October 2010, during a training mission in Virginia after he fell into the water while transferring between a small patrol boat and a cutter.

During this busy boating weekend in Seattle, PLEASE be very cautious on the water. While you may be an experience boat driver, the people around you may not be. Go slow and take your time!

If you are the victim of a boating accident, Seattle boating accident attorney Christopher M. Davis has the legal information that you are looking for. Call Davis Law Group for a FREE consultation, (206) 727-4000.