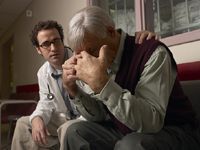 The estate of a deceased wrongful death victim may be entitled to recover both economic and non-economic damages in a wrongful death suit. Here is a list of the most common types of damages that the estate may claim:

The cost of reasonable and necessary medical treatment the deceased received before death is recoverable by the estate. The amount of health care expenses can be very high when the person required trauma room care and surgical intervention in an effort to save his or her life. Often, efforts to collect this damage amount are offset by the claims for reimbursement asserted by Medicare, Medicaid, or health insurance companies that paid the medical expenses, resulting in little net gain for the estate.

Funeral expenses are also recoverable by the estate. This can include reasonable funeral and burial expenses, including mortuary services, casket, transportation of the body to the burial site, costs of cremation, the purchase of a gravesite, and other similar expenses.

The estate may recover the future lost net earnings that the deceased was projected to earn over his or her working life. This is calculated by subtracting the amount of money the deceased would have used for personal consumption or personal expenses from the gross projected earnings over the deceased’s lifetime. Usually these calculations must be made by an expert, like an economist or an accountant.

Sometimes the amount of the deceased’s future net lost earnings can be vigorously contested by the other side, especially if there are facts that may support a large damage claim. For instance, if the deceased was cut down in the prime of his earnings life, he may not have realized his full earning potential.

If the deceased was a medical doctor who had just finished her residency, there may be a significant dispute over how much more money she stood to earn over the course of her career. Potentially, the amount could be several millions of dollars, depending on the deceased’s future prospects, her professional specialty, her reputation at the time of her death, and her anticipated skill as a physician. Given the number of unknown variables upon which a large future economic loss is based, the insurance company will often dispute the loss as being excessive and/or inflated.

When calculating future lost earnings, the amount is usually expressed in “present value” to reflect the accepted rule that money received today is worth more than if that same amount is received in the future. A determination of “present value” requires establishing an amount of money which could be set aside today at an expected rate of return, until the day, week, month, or year that the deceased would have received that income. The deceased might have earned $5 million over his/her lifetime, but it terms of present value the amount of damages is only $2 million because the expected amount of $5 million earned over several years in the future is only worth $2 million in today’s dollars.

Usually, it is much easier to calculate the deceased’s future net earnings when the deceased is an adult versus a child. With a child, there is always a certain amount of speculation over how much money he or she may have earned. Sometimes, with deceased children, it may be necessary to rely on the financial earnings history of the parents and siblings to get a sense of how financially successful the child may or may not have been, had the child lived through a normal work/life expectancy.

If there is evidence that the deceased experienced pain or fear before death, then the estate may claim damages for this type of non-economic loss. There is one caveat, however. These damages may only be sought if the deceased left a surviving spouse or child, or a financially dependent sibling or parent. Washington law clearly states that if one of these surviving relatives does not exist, then the estate may not recover damages for the deceased’s pre-death pain or suffering.

In cases involving instantaneous death, the estate may not recover any damages for pain and suffering. Pain and suffering damages are only available if measurable time elapses between injury and death. So how is it possible to know if a deceased person experienced pain or fear before death?

Sometimes we rely on witnesses, like those who are present or witnessed the death. Other times, we rely on an expert, like a medical doctor or pathologist, who can give an opinion on whether the deceased likely experienced pain before death.

In one case handled by wrongful death attorney Chris Davis and the team at Davis Law Group, P.S., there was a serious dispute over whether the deceased experienced pain and fear before her death in a serious automobile accident. We were able to track down witnesses who actually made contact with the deceased woman right after the accident. These witnesses stated that she was visibly conscious and talking.

Our team also hired a medical expert who reviewed the deceased’s medical records and was able to share the opinion that the woman had experienced considerable pain as a result of her injuries. This evidence allowed Davis Law Group to recover a significant amount of money for the estate as compensation for the deceased’s pre-death pain and suffering.