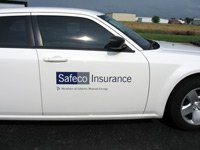 Almost 7% of all motor vehicle insurance policies in Washington state are covered by Safeco Insurance.

Safeco is motivated to minimize payouts on claims. Safeco makes a profit by taking in premiums and paying out as little as possible on claims – even valid claims. Their policyholder’s insurance premiums finance the massive profits Safeco and other insurers make each year.

Safeco Insurance and its subsidiaries are frequently the focus of investigations into unfair claims practices because of the volume of bad faith complaints — particularly with respect to motor vehicle accident claims.  The Washington State insurance commissioner's office investigates consumer and policyholder complaints against insurance companies.

Thousands of people file automobile collision insurance-related complaints each year. Between 2014 and 2016 there were 117 consumer automobile insurance complaints filed against Safeco.

Safeco Insurance is well-known for stalling and using delay tactics, which often take injury victims with valid claims well past the statute of lamentations, leaving them with no way to get compensation for their injuries. The company also has a reputation for "nickel and diming" accident victims in an effort to reduce the settlement amount.

While the ethics behind these practices are highly questionable, the tactics are unfortunately implemented by an extremely high percentage of insurance companies. These strategies have been devised as both a money-making and a money-saving technique.

If you or a loved one has been seriously injured in a motor vehicle accident in Washington state, contact Seattle car accident attorney Chris Davis and the team at Davis Law Group at (206) 727-4000 to schedule your free legal consultation.

Below are just a few of the settlements and jury verdicts Davis Law Group has secured against Safeco Insurance.

Safeco appeared in the 2008 Fortune 500 company listing. Every year Fortune the American business magazine compiles, ranks and publishes a list of the top 500 U.S. public corporations based on their gross revenue. The Top Fortune 500 Company list provides Fortune magazine readers with facts and information about the top companies and their contributions to the American economy. Companies eligible for inclusion in the Top Fortune 500 Company list are are those incorporated in the United States and whose revenues are publicly available.

Mike McGavick, Safeco's CEO in 2005, received a reported compensation package worth $8.4 million in his last year, including a salary of $1.1 million. Source: Safeco CEO gets $14 million for first year , The Seattle Times, Apr 3, 2007

Emma Schwartzman, the great, great granddaughter of a Safeco founder, announced the filing of a lawsuit on behalf of Safeco shareholders against former CEO Mike McGavick. The central claim in the suit is that McGavick was not entitled to the $28 million he received from Safeco after he resigned as Safeco’s CEO. Source: Granddaughter of Safeco Founder Sues Former CEO Mike McGavick and Board, Insurance Journal, August 2, 2006