Attorney Chris Davis represented a 9 year old girl who was bitten on the face by a German shepherd. The dog was owned by the girl’s neighbor. It turns out that the girl and her friend were teasing the dog by dangling food in front of the animal.

The dog would lunge for the food and the girls would pull the food away at the last second. The girl was holding food in front of her face, not realizing that the dog was closely watching her. She had turned away for a moment, and in that second the dog lunged toward the food. When the girl turned her face toward the dog, the animal had bitten her face while lunging for the food. 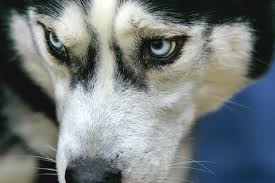 The insurance company for the dog owner initially denied the claim by arguing that the girl had provoked the dog. Since provocation of the dog is a complete defense under the dog bite statute, the insurer refused to pay any compensation.

Fortunately, with Mr. Davis’ experience as a dog bite attorney, he was able to show that several minutes had elapsed from the time that the girl was teasing the animal to the time that the dog bite occurred. This means that the animal had bitten the girl, not when the dog was being teased, but when there was food nearby and the dog lunged for it.

Mr. Davis was also able to show through other neighbors familiar with the dog that the animal had lunged for food on other occasions despite not being teased. Thus, he argued it did not matter that the dog had been previously teased by the girl. The dog would have bitten the girl while lunging for food nearby regardless of whether the dog had been teased several minutes earlier.

In the end, the insurance company agreed to settle the case, albeit for a much lower sum given the facts to support his provocation defense. Had the case gone to trial, a jury could have potentially found that the girl did in fact provoke the dog, which would have meant no compensation would have been paid to take care of the girls’ medical expenses. The decision to settle was a wise one.