The Legal Process for Personal Injury Claims in Washington 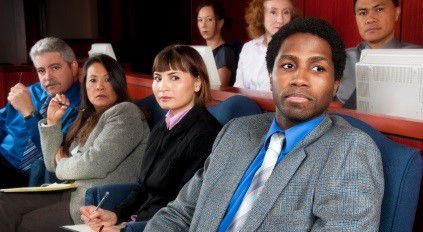 The legal process for a personal injury case can be confusing and overwhelming, especially for injury victims who attempt to negotiate with the insurance company without legal representation. These large corporations are becoming more and more aggressive in their negotiation tactics, and many of them are well-known for regularly making unreasonably low settlement offers to their own insured.

Insurance companies also typically have a team of people dedicated to uncovering as much information about an injured victim once a claim has been filed. This puts the victim at a clear disadvantage and can make the negotiation process even more difficult than it already is.

Depending on case specifics, it may be advantageous to file a lawsuit immediately after a claim has been made. Once a lawsuit has been filed the court will set time-sensitive deadlines, including a trial date, which make it advantageous for both sides to put reasonable effort into settling the claim before it goes to trial.

Filing a Lawsuit and the Statute of Limitations (SOL)

Once the decision has been made to file a lawsuit, there are a number of preliminary steps that need to be taken. First, official papers – called a “summons” and “complaint” – must be filed in court and filing fees must be paid. The person or corporation filing the papers is referred to as the “plaintiff,” while the person or corporation that is targeted in the suit is the “defendant.”

In the complaint, the plaintiff lists the basic facts of his or her case and names the defendant(s) to be held liable for the injuries sustained. The purpose of the summons is to notify the defendant(s) that he or she is being sued and provide details about the lawsuit, such as the specific court that the suit has been filed in.

Many injury victims are unaware that each state has its own deadline regarding the amount of time a person is granted to file a personal injury claim, called the “statute of limitations.” In Washington, the statute of limitations is three years from the date of the accident. As most attorneys will attest, filing a claim right before the statute of limitations can complicate your case for a number of reasons. It can be difficult to locate and serve the defendant(s) in a timely manner, and there is a great deal of paperwork that needs to be completed before a claim can even be filed. If the statute is quickly approaching, your case could be dismissed and you could be left without being compensated for your damages.

The Discovery Process of a Claim

After a suit has been filed and the defendant has been served with the necessary documents, both sides will begin the process of exchanging information about the case. This is called the “discovery” process, in which each side is allowed to investigate the details of the case and analyze any evidence involved. This can become overbearing, as the defendant’s attorney will be allowed to access the plaintiff’s personal information including medical records, work history and financial statements.

Typically, the discovery process will also include a series of depositions, or face-to-face meetings between legal counsels involved in the case and any potential witnesses who will provide testimony during the trial. If your deposition is requested, it is important that you consult with your personal injury attorney beforehand because your statements can potentially impact the value assigned to the claim, as well as the likelihood that the case will be settled before going to trial.

For personal injury claims, the defendant’s counsel may potentially request that the plaintiff undergo an independent medical examination (IME). There are several criteria that must be met in order for an IME to be allowed, and our office requires that the defendant’s counsel sign a stipulation agreeing to a set of conditions and restrictions on the nature of the examination.

Settlements and the Trial Process

After the discovery process is completed – which can take several months or even years depending on the county – and both sides have determined which evidence will be presented at trial, the parties involved in the lawsuit may proceed with settlement discussions. This can include a process called mediation, a voluntary process in which an objective legal expert is brought in to assist both sides in reaching a settlement agreement. Mediation is nonbinding and also confidential, so none of the discussions from the mediation sessions may be used at trial.

In many cases, mediation sessions can be used to successfully resolve a case and result in a fair settlement for the plaintiff before the case goes to a costly and lengthy trial. The process can take up to several days, depending upon the case, and if both sides fail to reach a settlement then the case proceeds to trial.

If the case does go to trial, both sides will have the option of having the case tried before a judge or a jury. If a jury is requested by one side, a jury demand must be filed in court and additional fees must be paid. Most courts will then require that a certain set of documents – usually consisting of exhibit and witness lists, motions, trial memorandums and jury instructions – be filed and exchanged between the two sides within 30 or 60 days before the set trial date, depending upon the county.