The United States faces a growing and troubling problem when it comes to injuries and deaths from pedestrian accidents, and this trend is especially true in Washington state. 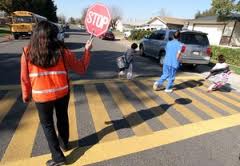 In the Evergreen State, pedestrian crashes occur most frequently in urban areas where pedestrian activity and traffic volumes are high. Rural areas can have their own set of complications for pedestrians as well. In those less-populated areas, there are often no sidewalks, shoulders, or paths that serve as a guide for pedestrians to use, which significantly increases the odds of a collision.

Weekends are understandably associated with a higher frequency of collisions involving a pedestrian — almost half of all reported pedestrian collisions occur on a Friday, Saturday, or Sunday. There also appear to be seasonal trends when it comes to the frequency of these types of accidents. September through January have the highest numbers of nationwide pedestrian fatalities due to fewer daylight hours, as well as weather conditions.

Interestingly enough, child pedestrian collisions are most common in May, June, and July, which many traffic safety experts claim is due primarily to summer vacation and the increase in children participating in outdoor activities. Below is a list of pedestrian statistics for Washington State to help you be aware of why collisions take place and what to look out for when walking down the street.

We have analyzed a collection of pedestrian-motor vehicle collision data from the Washington State Department of Safety, Centers of Disease Control and Prevention motor vehicle safety, and the National Highway Traffic Safety Administration. Here is a compiled list of useful pedestrian accident statistics pertaining to collisions throughout the United States: 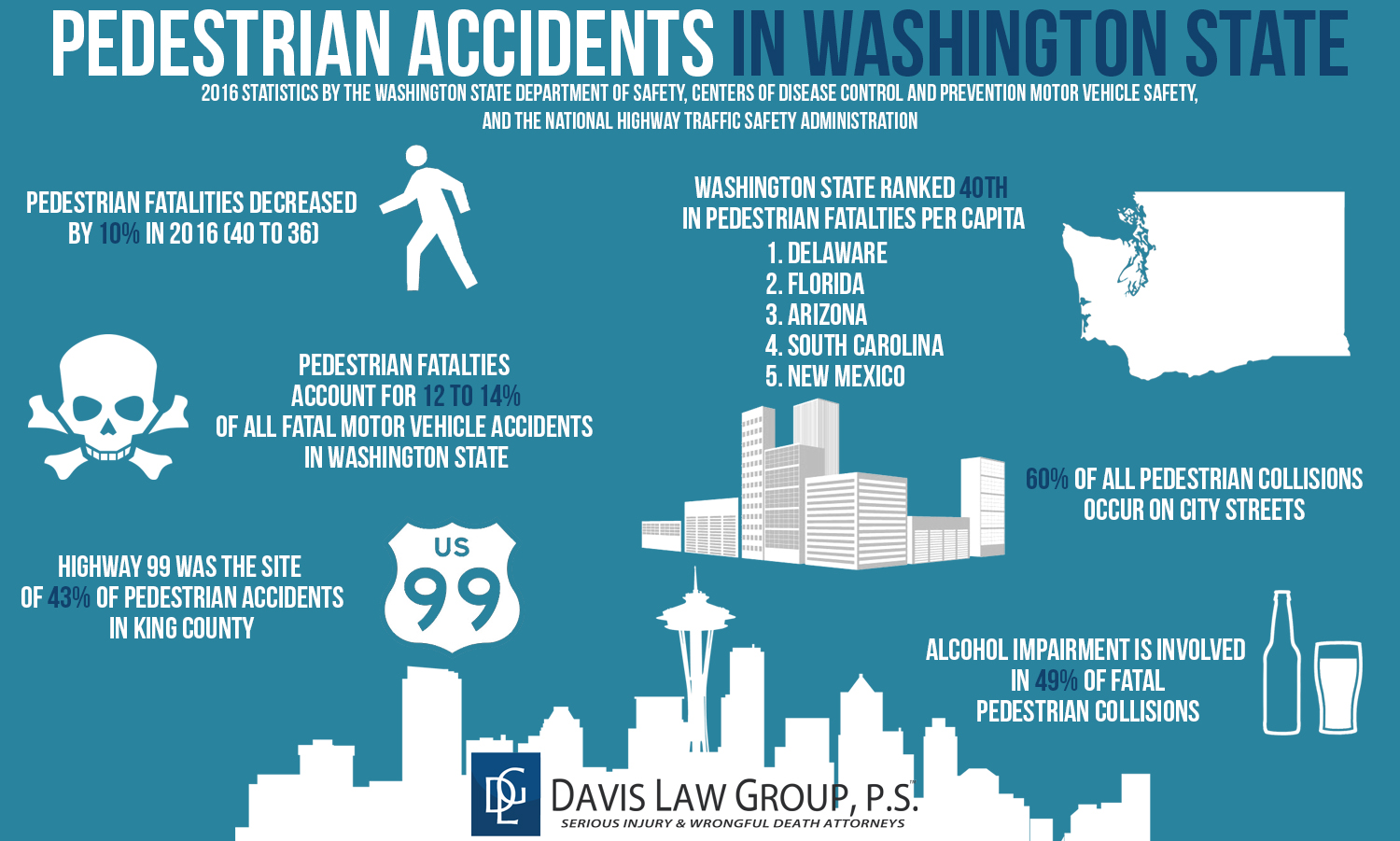 Consulting With An Attorney After A Pedestrian Accident

Knowledge is power and those who have a better understanding of what impacts the odds of being involved in a pedestrian accident are therefore better prepared to protect themselves from serious injury as a result.

If you or a loved one has been injured in a pedestrian accident and are unsure of your legal options, it may be beneficial to consult with an experienced Seattle pedestrian accident attorney about your case. Davis Law Group, P.S., works on a contingency fee basis, meaning there is no obligation for simply discussing your case with our legal team. Let us help you get your life back on track and recover the fair level of compensation that you deserve. Call our office today at (206) 727-4000 or contact us online with the form on this page.