Over the Counter Medicine Abused by Teens: How Do We Confront this Issue? 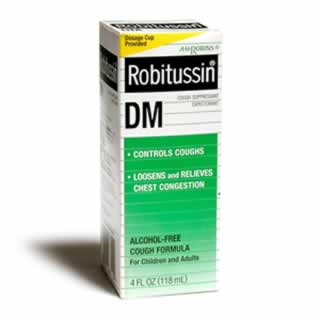 Dextromethorphan, better known as “Dex”, has been a much talked about active ingredient that is found in cough and cold medicines, such as Robitussin, Tylenol Cold and Nyquil. Dex (or DXM) is commonly abused by teenagers in order to get a cheap “high” and is used with other drugs such as marijuana or prescription medicine to get a more severe effect. This irresponsible practice is known as “robotripping.”

So, how big of a problem is this ingredient? In a survey, 8% of teenagers were reported as abusers of these cough suppressants. As reported by the Drug Enforcement Agency (DEA), “robotripping” has led to a 70% increase in emergency room visits between 2004 and 2008 and more than 8,000 people were seen in emergency rooms due to the abuse of Dex.

The problems associated with this drug abuse include an increase in heart rate, body temperature, blood pressure, and death was also reported. Dextromethorpan is a serotonin reuptake inhibitor and when it is combined with any serotonergic medication, the results can lead to Serotonin Syndrome, which can potentially lead to death.

Several states have taken the initiative to pass laws which prohibit anyone under the age of 18 from buying Dex-containing products. Some stores, including Wal-Mart, have completely reduced the sale of these products all together.

Just as we take care with controlled substances such as alcohol, we need to do the same with these medications. Although they are sold in many stores as over-the-counter, this does not necessarily mean that they are safe in the hands of everyone. Medication containing ingredients such as dex, must be handled carefully and responsibly in order to receive the safe and intended benefits. Parents need to talk to their children about the dangers of these medications.

Who should be held responsible?

After reviewing the facts, we stand with the prominent question of who is responsible for the regulation of these drugs. Is it the Food and Drug Administration, state legislation or the stores that are carrying the product? The FDA advisory panel reviewed this issue in late 2010 and recommended that the FDA not make over-the-counter cough syrups that contain dextromethorphan, instead have the products be prescription based. The FDA has no obligation to follow the recommendations set by the panel, and they did, in fact, decide against this recommendation with the panel voting 15-9. However, the FDA stated that they do believe there needs to be more education about these abused medications in order to keep the maltreatment low.

In Washington State, dextromethorphan abuse is less severe than in the southern states. In King County, deaths involving DMX have been very scarce – yet this does not mean that it is being used properly and at the appropriate doses.

More recently, a very unsafe liquid form of a recreational drug, with the name of “purple drank” became very popular in the United States. Most commonly associated with the hip hop community, purple drank is the combination of cough syrup containing codeine and promethazine, mixed with a soft drink and Jolly Rancher candy. Several rappers associate with this drug and it has become very popular in song lyrics. Purple drank has been confirmed as the cause of death for many users.