Traumatic brain injuries (TBIs) happen across the United States every day, caused by many different things and resulting in confusion, pain and fear for the victim. Car accidents, bicycle accidents, and other types of personal injury claims often involve one or more victims with some for of traumatic brain injury.

Brain injuries range in severity, from mild to severe. It may be years for the symptoms to show, and it’s important that every potential head injury be treated seriously.

A TBI can be classified as “mild” if loss of consciousness and/or confusion and disorientation lasts less than 30 minutes. And while some people may hear the TBI called “mild,” and dismiss the injury, the impact on the victim and their family can be extremely difficult. Traumatic brain injuries also go by the following names: concussion, head trauma, TBI, brain injury, and head injury. 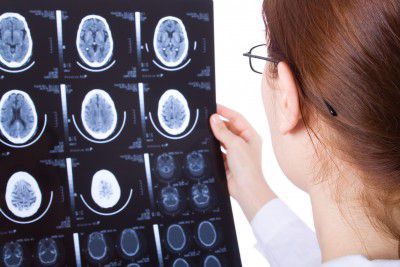 If you have suffered any degree of traumatic brain injury after an accident or due to the negligence of another person, you may be curious about what to expect when it comes to a potential settlement for your case. Because brain injury claims can vary greatly in their severity and the medical treatment necessary to recover, it is difficult to give a general range

The following are actual real life examples of settlements and jury verdicts recovered by the attorneys at Davis Law Group:

There is no official "settlement calculator" for TBI claims, whether the injury is mild or severe. Determining the potetnial value of your case is usually best left to an experienced personal injury lawyer with a background handling brain injury cases.

Factors Influencing the Value of a Brain Injury Claim

Settlement values for mild traumatic brain injuries vary widely, and the specifics of each individual case go a long way toward determining the ultimate result. Generally, accident victims with a more severe injury and more extensive medical treatment are likely to receive a higher settlement.

Mild traumatic brain injuries affect victims in different ways, and proving the effects of the injury require the services of a skilled personal injury lawyer with experience handling brain injury claims. Once you hire an attorney, they will investigate the claim, assess your damages and calculate the value based on the following factors:

A personal injury attorney can identify all of the possible damages associated with your case. Insurance adjusters are much more likely to take your brain injury case serious if you have retained legal counsel.

In cases where the victim has sustained a clear head injury and is suffering from the after effects of the concussion, four components usually determine the settlement value:

Victim’s can still recover damages for a concussion without the above criteria, but checking those boxes certainly helps. For assistance handling your auto accident case involving a concussion or TBI, contact a personal injury attorney.

Anywhere from 30% to 80% of people that suffer a mild traumatic brain injury also suffer from what is known as post-concussion syndrome (PCS). Post concussion syndrome is when the headaches or dizziness lasts longer than the normal recovery period (2-4 weeks) after a concussion.

Victims with post concussion syndrome typically suffer from headaches, difficulty sleeping, sensitivity to light and sound, and difficulty concentrating. In many cases, these symptoms can derail a person’s normal life and seriously affect one’s ability to live in peace. For that reason, post concussion syndrome should definitely be included in any potential legal action for damages after an accident.

Davis Law Group believes that every successful brain injury case starts with the injured victim having up-to-date and accurate information about the legal process. That's why our very own attorney Chris Davis has authored a free legal guide for brain injury victims titled, Brain Injury Law: A Reference Guide For TBI Accident Victims. We provide free copies of this book and others to victims and their loved ones.

Most people that suffer a mild traumatic brain injury do not experience any long-term problems. While this is without question a positive, it doesn’t make the short-term outlook for victims any easier.

Mild TBIs occur all the time. Victims may hit their head in a car crash, fall down on hard pavement, or collide with a a teammate or opponent while playing sports. Thankfully the brain is protected by a shock-absorbing liquid and can withstand serious blows to the head and recovery over time.

Statistics show that every year an estimated 1.5 million people suffer a traumatic brain injury, and about 75% of those cases are classified as “mild.” According to the American Congress of Rehabilitation Medicine, the following are characteristics of mild TBI that help doctors properly diagnose the injury:

With that in mind, a mild TBI’s severity does not exceed the following:

Most medical experts say that the symptoms of a mild traumatic brain injury typically fade away within a month or so. Much of the research surrounding these injuries suggest that there is no short-term or long-term cognitive or behavioral risk.

Doctors may have a tough time isolating the symptoms of a mild traumatic brain injury after an accident because victims often suffer injuries in addition to the concussion. For example, headaches may persist well after the brain recovers, not because of the brain injury, but because of an injury to the neck or spine.

The following are common symptoms of mild traumatic brain injuries and concussions:

Symptoms may not present themselves at the time of the injury, and may be delayed for days or weeks. Due to the chaotic nature of car accidents and injuries in general, symptoms are often missed and/or misdiagnosed.

While a person may seem normal and return to their everyday routine, small changes may occur in a their behavior. Mild traumatic brain injuries do not follow a pattern and every victim deals with the symptoms differently. It’s important to pay close attention and receive medical treatment if you have any concerns about a possible TBI after an accident.

Headaches after a car accident usually occur in a two week time period after the accident. This ailment is caused by the whiplash action of the head and neck — the typical whiplash headache starts in the back of the neck and then radiates to the frontal region.

While most of these headaches will resolve themselves in six months or less, about 10-20% do not go away. If that’s the case, your injury claim should reflect that permanent damage.

Some victims of car accidents experience migraines as a result of the mild TBI. Insurance companies are quick to pin these migraines on genetic disorders, not the accident itself. The truth is that post-trauma headaches have the characteristics of migraines, and while it may not technically be a migraine, it feels like one for the victim.

Insurance companies and the adjusters that work for them are quick to deny or devalue cases that include headaches or migraines as damages. Because an adjuster or jury cannot see the headache, it’s easy for them to cast doubt over the legitimacy of your claim.

Treatment for a Mild TBI

Moderate to severe traumatic brain injuries are backed by more evidence and have proven treatments available. Unfortunately the same cannot be said for mild head injuries.

Medical professionals have said that the best treatment for mild TBI is an awareness of the symptoms and prevention of further damage to the brain. Experts have said that cognitive, physical, occupational, and if necessary, vocational therapy, neuropsychological testing, necessary medications, and continued monitoring by specialists is the best treatment for these injuries.

Head injuries are the most serious injuries workers can suffer at work, and their long-term prognosis will determine how much they receive for their injuries. A head injury can cause serious physical, neurological and behavioral damage to a person, and when that injury happens at work, a victim must rely on workers’ compensation.

It’s important that workers seek immediate medical attention after a head injury and that they tell the doctor that the injury happened on the job. Workers’ compensation benefits include coverage for medical treatment and approximately two-thirds of lost wages.

Smaller, more mild traumatic brain injury cases are usually not difficult to handle through your employer’s insurance company. But when the injury is serious and the damages are high, consulting with an attorney may be in your best interest.

If you suffered a traumatic brain injury due to the negligent actions of someone else, you deserve to be compensated not just for the medical treatments, but also for the decreased quality of life that results from pain or from permanent impairment. And if a brain injury has caused the death of a family member or loved one, you should be entitled to compensation for the lost companionship as well as for the lost financial support your loved one was providing.

Consult with an experienced brain injury attorney to learn about your legal options and the best steps to take. For a free case evaluation with the attorneys at Davis Law Group in Seattle, call (206) 727-4000. You can also use the chat feature below or fill out the form on the contact page.