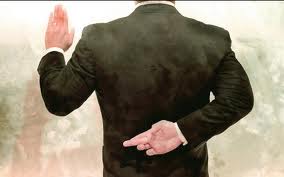 I absolutely refuse to represent anyone who I think is malingering.  If I suspect that a client is malingering I will withdraw from the case immediately.  I consider malingering to be fraud and I will not be a party to it.  What is malingering?  Here is a very good definition:

Malingering is the purposeful exaggeration of physical or psychological complaints with the goal of receiving a reward. These may include money, insurance settlement, drugs or the avoidance of punishment, work, jury duty, the military or some other kind of service.

A malingerer may respond to items in a certain manner to attain release from incarceration. One example is the case of Ganser syndrome, which is when a person tailors their answers to fake psychosis. This syndrome is also known as approximation, or nonsense syndrome.

Malingering can lead to abuse of the medical system, with unnecessary tests being performed and time being wasted by the clinician as opposed to those with legitimate health problems.

A malingerer may attempt to raise the temperature of a thermometer through heat from a lamplight or alter a urine sample by adding sand to it; however, if the malingerer is more discreet, the clinician will have great difficulty gathering evidence for an accurate diagnosis.

Malingering can exist in a variety of intensities, from pure (in which all symptoms are falsified) to partial, in which symptoms are exaggerated. A patient may simulate symptoms of a specific disorder or deny the existence of the problem that may explain the symptoms. Malingering is not easy to diagnose because of the difficulty in gathering overt evidence; also, symptoms are emotional and mental.

Malingering should not be confused with factitious disorder (in which motive is the desire to occupy a sick role, rather than some form of material gain) and somatoform disorders (in which symptoms are not produced willfully), though misdiagnosis is bound to occur.

Treatment lies in the clinician being able to detect the disorder. Cues for the clinician include: If the patient has legal problems, potential for financial reward, antisocial personality disorder; if the patient's story is incongruent with known facts or other informant accounts; if the patient will not cooperate while being evaluated.

Psychological evaluation is also recommended as a way to diagnose malingering, in particular, the Minnesota Multiphasic Personality Inventory (MMPI-2) as this measure has validity scales of value for this purpose. The MMPI-2 provides objective, scientifically based information about whether an individual has responded honestly to the test, or whether he or she has exaggerated or minimized psychological problems (possibly to obtain an external incentive, such as money damages in a personal injury lawsuit).