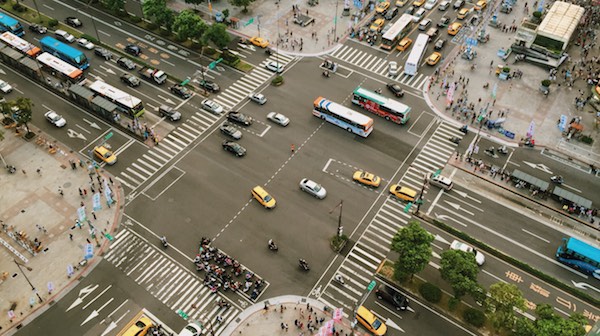 An intersection is an at-grade junction where two or more roads meet or cross. Intersections may be classified by number of road segments, traffic controls, and/or lane design.

According to the National Highway Traffic Safety Association, about 40 percent of all car accidents occur at intersections. This equates to more than 2.3 million intersection accidents, causing 7,000 fatalities and 700,000 injuries each year.

At Davis Law Group, P.S., we recognize the dangers of intersection accidents. If you have questions or concerns about your accident case, don’t hesitate to contact our award-winning team of Seattle car accident lawyers today.

Because so many accidents occur at intersections, it’s important for all drivers, pedestrians and bicyclists to understand the applicable rules. A violation of these laws may establish fault, a key in an eventual personal injury case.

According to Washington state law, right-of-way at intersections requires drivers to yield to the person to your right or to whoever approached the intersection first.

Wherever two roads intersect, there is a chance of a collision. Whether it’s controlled by a traffic light, stop sign or other type of signal, intersections can be precarious because of the volume of cars passing through them and the unsafe actions they might take.

Here are the most common types of intersection accidents:

Intersection accidents affect not only drivers, but pedestrians as well. Intersections involve the co-mingling of pedestrians and vehicles, and in large towns or cities, these encounters are frequent.

Pedestrians might have a traffic signal or crosswalk to aid their journey, but oftentimes a driver’s negligent behavior still makes things dangerous. A driver might hit a pedestrian while running a red light or stop sign, due to a failure to yield, speeding in order to make a light prior to turning red, left or right turns made against the crossing signal, crossing without a signal, or drivers or pedestrians who are intoxicated.

Intersection accidents involving pedestrians are typically due to human error — a driver or pedestrian making a mistake — but intersections themselves may cause accidents. For example, if a crosswalk does not allow adequate time for pedestrians to cross, a municipality or agency may be responsible for the accident.

If you have been involved in an accident at an intersection, it is important to discuss the circumstances of your injury with an experienced personal injury attorney who can help to protect your legal rights and interests. To contact a personal injury attorney for a free case evaluation please feel free to call Seattle-based Davis Law Group at (206) 727-4000 today.