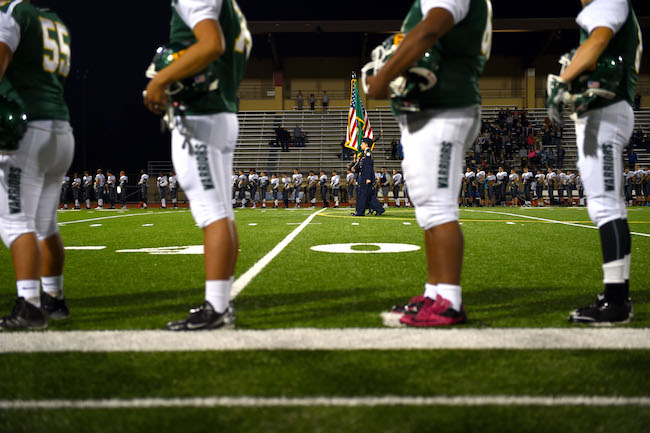 Football is supposed to be fun. But when the weather gets hot and the season is approaching, the combination can be serious — and sometimes deadly.

Heat strokes are becoming one of the most dangerous injuries a participant can suffer. The effects of a heat stroke can range from mild (typically hospitalization for fluid intake) to extreme (death). When the proper steps aren’t taken, the potential for disaster is high.

From 1960 to 2017, there were 145 cases of heat stroke-related deaths in football players, according to the National Center for Catastrophic Sport Injury Research. Of those deaths, 90 percent occurred during practice.

While some football coaches are skeptical of water breaks during practice, hydration should be a top priority for athletes. But when the weather gets really hot and athletes are pushed to their limits, even the most experienced players can suffer various heat-related illnesses.

In some extreme situations, the football coaches, school district, or university in charge of the practice may be subjected to a wrongful death lawsuit.

Sickle cell disease (SCD) is a genetic disorder that results in an abnormality in the oxygen-carrying protein haemoglobin found in red blood cells. This disorder can turn deadly, as carriers can suffer an attack due to temperature changes, stress, dehydration and high altitude.

Studies have shown that football players, and athletes in general, who have sickle cell trait are more susceptible to heat stroke when involved in intense workouts in extreme temperatures.

If a coach or athletic association knows an athlete has sickle cell, they are responsible for making smart and informed decisions about training. If the coach was aware of the athlete’s condition and pushed him or her to overexertion causing heat stroke, the coach could be held liable for injuries or wrongful death.

Several other high-profile heat-related football deaths and injuries have occured in recent years:

July 2018: University of Maine football player Darius Minor died after he collapsed on the field 15 minutes into a supervised light workout.

June 2018: University of Maryland football player Jordan McNair suffered heat stroke at a May 29 practice. He died two weeks later. The family has since hired a prominent Baltimore law firm.

July 2017: A 16-year-old high school football player in Florida collapsed due to heat stroke during an offseason football workout. He later died. The family intends to sue.

July 2017: A Michigan High School football player died during summer workouts. He was participating in weight training when he collapsed.

July 2016: A 12-year-old boy in Georgia was doing conditioning drills when he had a heat stroke in 90-degree weather.

July 2015: A 14-year-old high school football player in Indiana died the day after suffering a medical emergency at a no-contact conditioning practice. It was ruled he had heatstroke and hyperthermia.

August 2014: Morgan State University football player Marquese D. Meadow died of heatstroke after a practice. He died two weeks after he was hospitalized after becoming disoriented while working out. His family filed a wrongful death lawsuit. 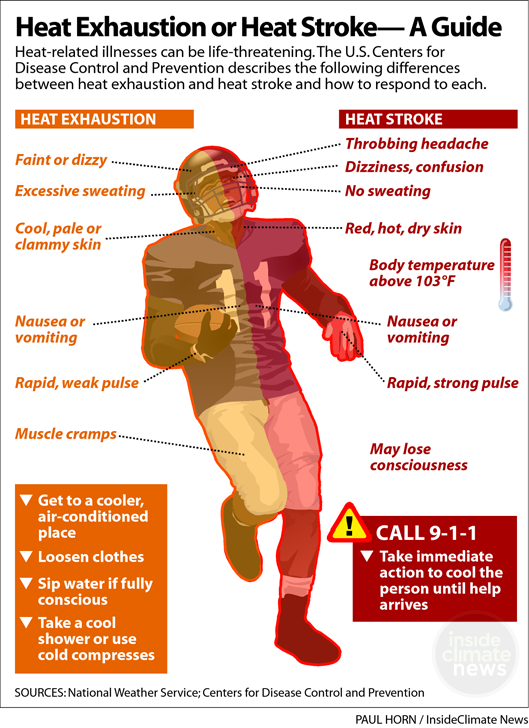 When an athlete suffers a heat stroke that causes death, family, friends, as well as the entire community are affected. These incidents are preventable, and many are left with a feeling of anger as a result.

It’s true that even the most attentive coach cannot prevent a heat stroke from happening. School districts, universities and athletic conferences have strict regulations on football practices. For example, there are rules that place restrictions on:

Heatstroke-related football deaths can be extremely complex and time-consuming legal cases. In almost every situation, it’s best to consult with an experienced wrongful death attorney familiar with your state’s sporting regulations.

For a free case evaluation with attorney Chris Davis and the Davis Law Group, P.S., call (206) 727-4000, use the chat feature below or fill out the form on this page to get started. We operate on a contingency fee basis, meaning we don’t get paid unless you win your case.