‘Heading’ the Soccer Ball Could be Causing Your Child Brain Damage 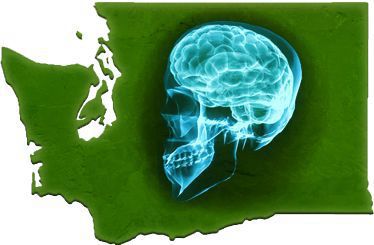 
Football, boxing, and hockey have all been up for discussion for the cause of concussions, leading to brain injury in athletes. But – what about soccer?

While soccer is not too much of a contact sport compared to football, soccer does involved ‘headers’ where the player passes the ball with the head. Researchers are becoming concerned about the brain health of soccer players.


In the United States, researchers have completed brain scans on soccer players who regularly use their head in the game, and they are reported signs of brain damage in many of them. This raises a serious question of safety – especially for young children that are learning to play while still cognitively developing.

During the research there were 38 amateur soccer players studied, who have played soccer since childhood and are an average age of 31.

The researchers were looking for fractional anisotropy in the soccer players. For those who headed the ball the most, they had much less FA in the brain – which is responsible for memory, attention, and executive functioning. Their findings showed that players who hit the ball with their head more than 1,000 to 1,500 times per year were most susceptible to brain injury.

While this informational and a good start, much more research needs to be conducted to determine long-term effects.

"At this point in time, we clearly have evidence that heading may be related to changes similar to brain injury, but it is not such hard and clear information that we can make a clear recommendation about heading," researcher Dr. Michael Lipton said.

It is suggested by the researchers that the heading could lead the brain to cell degeneration. The concern regarding these findings, are that most children start practicing soccer at a very early age.

In fact, just three years ago brain injury specialists with the non-profit group ThinkFirst said that heading is a possible safety issue, leading them to draw guidelines on how to hit a ball safely.