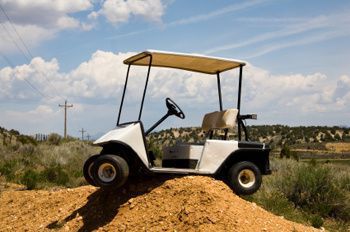 According to the Consumer Product Safety Commission, there are an estimated 15,000 injuries from golf cart accidents in the United States each year that require some form of medical attention at a hospital emergency room. Golf carts are used as recreational vehicles just about as frequently as they are used for carrying golf clubs, which is likely one of the reasons that there are such a high number of accidents throughout the country each year.

Golf is an extremely popular activity in Washington state, and it becomes especially popular as the weather gets warmer during the spring and summer months. While the likelihood of being involved in a golf cart accident is relatively low for most people, the potential for serious injury alone should be enough to convince golfers to be extra cautious when behind the wheel.

In some states – such as California and Arizona where both golf courses and warm weather are plentiful – it is not uncommon to see people driving their golf carts in neighborhoods and even to the corner store. However, in metropolitan areas like Seattle, it is much less practical for golf carts to be sharing the road with traditional motor vehicles.

In Washington State, RCW 46.08.175 dictates that, “The legislative authority of a city or county may by ordinance or resolution create a golf cart zone, for the purposes of permitting the incidental operation of golf carts upon a street or highway of this state having a speed limit of twenty-five miles per hour or less.”

This essentially means that the state gives cities and counties the right to establish a golf cart zone in areas where the street’s speed limit does not exceed 25 mph. The RCW also adds some conditions regarding who may be allowed to operate a golf cart in these areas, such as:

Furthermore, cities and counties who establish a golf cart zone is required to clearly identify the zone by providing signage at the boundaries of the zone. And if a person operating a golf cart is involved in an accident, it must be treated as a traditional motor vehicle accident and recorded and tracked in the same manner.

According to National Electronic Injury Surveillance System, here were an estimated 147,700 people treated in emergency rooms for injuries from golf cart accidents between 1990 and 2006 in the United States. Experts say that the number of accidents involving golf carts has been on the rise over the past several years, meaning the frequency and costs of injuries from those accidents are also likely going to be on the rise.

Rollover accidents are among the most frequent types of golf cart accidents, in addition to passengers being ejected or falling out of the vehicle. Collisions with other motor vehicles and stationary objects are also reported. The lack of doors or safety belts in golf carts to protect passengers from falling out of the vehicle and being injured is one of the main reasons golf cart accidents occur so often.