Motor vehicle collisions are common at five-way intersections. Because five-point intersections are so unusual, drivers often forget the rules of the road or simply get confused and crashes occur. Accidents at multi-leg intersections frequently involve several vehicles (three or more cars) and head-on collisions, side-impact crashes, and t-bone style impacts are common.

When multiple cars are involved in a crash at a confusing intersection, injuries can be very severe. If you or a loved one has suffered injuries in one of these accidents, contact Davis Law Group at (206) 727-4000, use the chat feature below or fill out the form on this page.

Five-Point Intersections in the Seattle Area 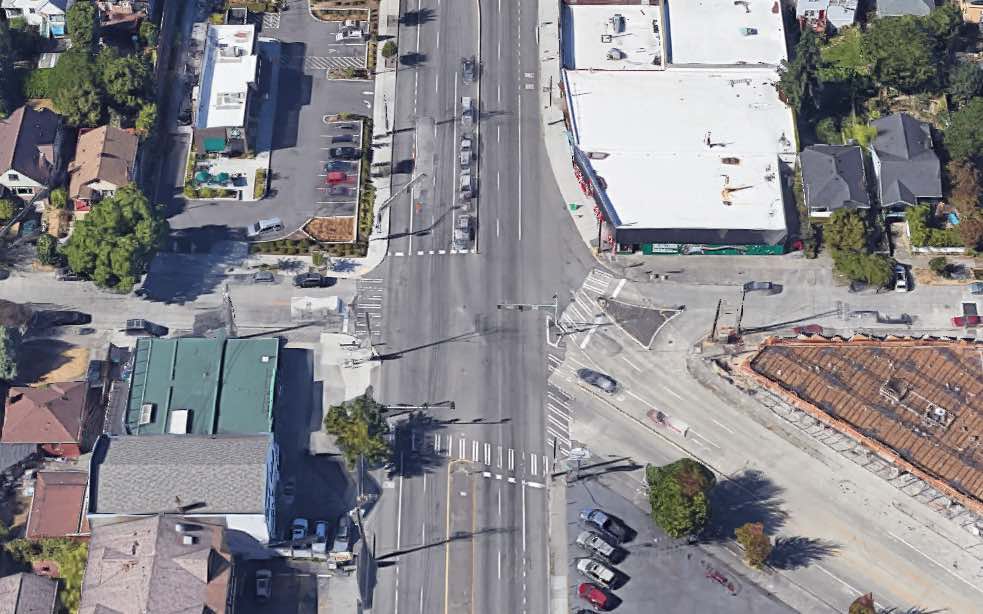 Here are just a few five-point intersections in the Seattle Area:

According to the United States Department of Transportation (USDOT) and the National Highway Traffic Safety Administration (NHTSA), all vehicles must follow right-of-way rules to safely cross intersections.

For example, when two vehicles get to the intersection at the same time, the vehicle on the right goes first; it has the right-of-way. If neither the base rule or furthest right rule apply, then one should observe the “Straight Traffic Goes First” rule which means that when two vehicles are directly across from each other, and one is turning left, the one that is going straight goes first.

However, even if you have the right-of-way, if for any reason you feel uncomfortable or that your safety is threatened, let the other traffic go ahead. This is known as the “When in Doubt, Bail Out” which trumps all rules.

Because so many car accidents occur at intersections, it’s important for all drivers, pedestrians and bicyclists to understand the applicable rules. A violation of these laws may establish fault, a key in an eventual personal injury case.

According to Washington state law, right-of-way at intersections requires drivers to yield to the person to your right or to whoever approached the intersection first.

Intersection accidents affect not only drivers, but pedestrians as well. Intersections involve the co-mingling of pedestrians and vehicles, and in large towns or cities, these encounters are frequent.

Pedestrians might have a traffic signal or crosswalk to aid their journey, but oftentimes a driver’s negligent behavior still makes things dangerous. A driver might hit a pedestrian while running a red light or stop sign, due to a failure to yield, speeding in order to make a light prior to turning red, left or right turns made against the crossing signal, crossing without a signal, or drivers or pedestrians who are intoxicated.

Intersection accidents involving pedestrians are typically due to human error — a driver or pedestrian making a mistake — but intersections themselves may cause accidents. For example, if a crosswalk does not allow adequate time for pedestrians to cross, a municipality or agency may be responsible for the accident.

"Now I can see why there are so many positive testimonials about this law firm. I highly recommend this law firm."
-Elisabetta M.

"Davis Law has helped us every step of the way with our case. I am glad to have them on my side."
-Karen M.

"They also took the time to educate me regarding my case so that I was fully aware and understand what the process was and would not feel left out in the dark."
-Tootsie B.

"They were just on top of everything."
-Brian B.

My case is still in the very early stages, but that being said, Davis Law Group has made me feel much more at ease with the process. They have provided a sympathetic ear and a solid assurance that they will do everything in their abilities to make sure I am compensated for the pain and suffering incurred from my accident, and I believe them.
-Vanessa Kaywood