If you have been injured in a motor vehicle accident in Washington state, you may wish to seek legal advice from an experienced Seattle car accident attorney in order to make sure you get access to fair and full financial compensation. Contact Davis Law Group today for a free case review.

A driver who is involved in a car accident in Washington state that results in injury or death of any person or damage to property of any one person greater than $1,000 must make a written report of the accident to the chief of police, county sheriff, or state patrol within four days of the incident. That obligation is waived if a report is made to a law enforcement officer at the time of the accident. 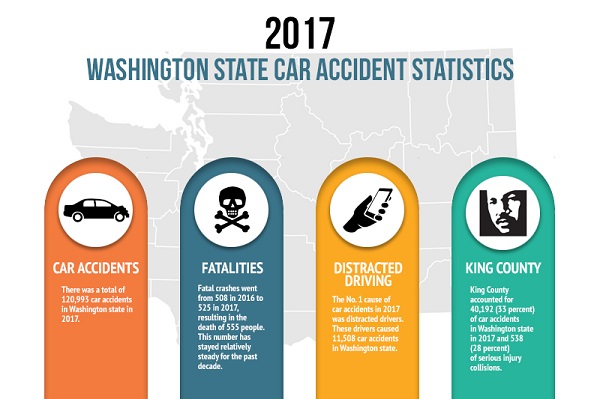 According to 2017 data from the Washington State Department of Transportation (WSDOT):