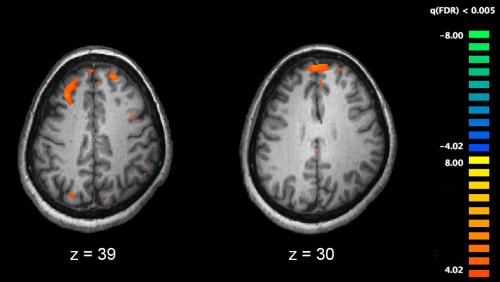 For victims of a traumatic brain injury (TBI) and their families, side effects such as bipolar disorder and memory loss are tragic, but well known and well understood. But in the last decades, scientists have begun to study another serious side effect of brain damage that may go undetected: schizophrenia.

Schizophrenia (Greek for "shattered mind") is a psychotic disorder that affects behavior, mood and thinking. The term was originally coined as "the schizophrenias" because of the wide variety of symptoms characterizing the condition. The most widely known symptom, auditory hallucination ("hearing voices"), may not even be present in all who have a diagnosis of schizophrenia. Psychologists break symptoms of schizophrenia into three categories:

Scientists have established that psychiatric conditions such as bipolar and anxiety disorders are more common in patients who have suffered from traumatic brain injuries. We also know that patients with schizophrenia have a high incidence of past brain damage, regardless of whether they have other strong predictors for schizophrenia, such as a family history of the disorder or maleness. But it is only since the early 1990s that researchers have begun to explore in depth that connection between brain damage caused by traumatic brain injury and schizophrenia.

Among the findings of a number of recent studies on traumatic brain injuries and schizophrenia:

Hiring an Attorney for a TBI Case

While the complex nature of schizophrenia makes its cause unclear, as the last study suggests, there is evidence to believe that brain injury directly causes schizophrenia, by damaging the areas of the brain that control higher functions. There is also evidence that a traumatic brain injury may cause psychosis indirectly. Scientists believe that schizophrenia is caused by a combination of genetic susceptibility to the disease and an emotionally or physically traumatic experience that triggers this susceptibility. Some studies exploring the two conditions suggest that traumatic brain injury and its complications may act as such a trigger.

Many physicians know a traumatic brain injur may cause neurocognitive disorders such as trouble with speech, and psychiatric problems like bipolar disorder, but not all are aware of the growing evidence linking schizophrenia with brain damage. TBI patients and their families should be sure to include a qualified psychiatrist in their plans for brain damage treatment. In addition, brain injury patients and their families should consult an experienced brain injury attorney as they seek to recover costs for expenses such as lost wages, current medical costs and future medical care.

If you or a loved one has suffered a traumatic brain injury (TBI) as a result of an accident or because of someone else's negligence, it may be in your best interests to consult with an experienced brain injury attorney who has experience in handling brain injury claims. You may be able to recover compensation for your injuries, lost wages and medical bills if you consult with a lawyer in a timely manner, before the statute of limitations for a claim expires.