The Lawyer's Wife: Why I Married Him...Even Though He's An Attorney 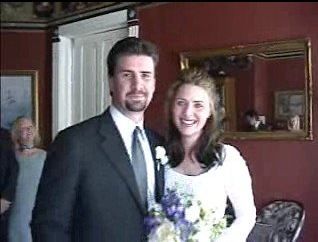 My name is Mischelle Davis.  I am married to an attorney. This fact alone may call many to question my intelligence. Most people hate lawyers. As did I before I met my husband. The popular perception of attorneys today is that of a greedy ambulance chaser or cynical manipulator out to make a buck.

People think that personal injury lawyers will perform courtroom dramatics and use unethical win-at-all-cost strategies in order to build their own personal wealth. The noble idea of attorneys such as Abe Lincoln and Atticus Finch are now considered to be the stuff of legal mythology and courtroom fairy tales.

There are ‘bad guys' in every profession, including the practice of law.  But there are also ‘good guys' who are trying to improve the lives of the injured while seeking the truth and fighting for justice.

Attorney Chris Davis is VERY Different--That's Why I Married Him

Back when we were first introduced I almost didn't go out with Chris Davis--because he is an lawyer. But a friend assured me that he was not the stereotypical attorney.  On our first date, back in late 2000, I teased him about being an ‘ambulance chasing lawyer.'  He didn't like it.  And he quickly set me straight.

He told me that when a person is injured in an accident that was not their fault there are no ‘Good Hands People' or ‘Good Neighbor' insurance companies eager to lend a helping hand. Nor are their legal battles a fair fight against the individual whose negligence caused their injuries. When a person is injured they often must fight to get fair compensation for their injuries and the enemy is usually a large insurance company backed up by an army of insurance adjustors and corporate lawyers. Insurance companies (even your own) will delay, deny and defend against even legitimate claims in order to avoid paying out settlements and increase corporate profits. Chris told me that he wanted to ‘fight for the underdog' and give injured people a fighting chance at real justice.

I was taken aback because I didn't understand how the system really worked. And also because no guy had ever spoken to me so passionately about his profession or responded in such a way to what I thought was fun, small-talk teasing.

To be 100% honest, I started having ‘I can see myself married to this guy' thoughts later that evening as we shared an after-dinner latte in a nearby coffee shop. We were married six months later.

Now years later I often refer to how Chris responded to my ambulance chasing accusations as the ‘underdog speech' or the ‘Robin Hood speech'.  It is a wonderful story that instantly tells people just what Chris is all about.

Yes, there are ambulance chasers out there. But there are also noble knights slaying insurance company dragons and protecting the people.  My husband Chris is one of the noble few.