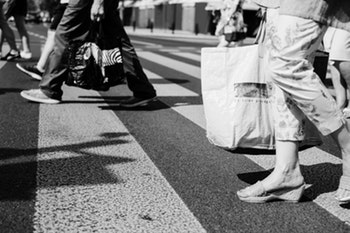 In January 2003, at approximately 7:30 a.m., KH was a pedestrian and walking east on the sidewalk of SE 208th Street.  SG was operating his automobile and attempting to pull out onto SE 208th from a parking lot.

SG was not looking forward, but instead was looking to the side for a break in traffic.  He then pulled his vehicle out without checking for pedestrians.  His vehicle hit KH while she was walking on the sidewalk, throwing her to the ground and rendering her unconscious.

SG was negligent when he drove his vehicle into KH without exercising caution by failing to conduct a proper look out.

KH sustained the following injuries in this accident:

KH is 53 years-old and lives with her son in Kent, Washington.  She is employed full time in the customer service department of a private healthcare management company. In her spare time, KH enjoys reading, scrap-booking, gardening, taking long walks, creating computer graphic art and spending time with her son.

In addition to the intense pain associated with her injuries, KH has suffered and will continue to suffer considerable loss of enjoyment of life in the form of disability and disfigurement. KH is unable to drive.  She also has a difficult time walking on sidewalks or near traffic for fear that she may be hit again, which is common in pedestrian accident victims.  KH still has ongoing neck, back and headache pains from this incident.  She continues to take different forms of medication for her symptoms.

KH was forced to miss work with no sick leave due to her injuries.  She also had memory and vision problems as a result of her concussion, which interfered with her performance at work.  Her doctor prescribed a telephone headset for KH to use at work because of her ongoing neck complaints.

As KG did nothing to contribute to the cause of the crash and could do nothing to avoid the collision, she felt obligated to seek reimbursement from State Farm Insurance. After researching the best accident attorneys in Seattle, she hired personal injury lawyer Christopher Davis to help her acquire compensation for past and future medical expenses, wage losses and non-economic damages.

An experienced pedestrian accident attorney, Mr. Davis was able to locate and quantify several factors that supported a large non-economic damage claim. Additionally, Mr. Davis has had substantial success earning favorable compensation for his clients under similar conditions in the past.