Why won’t any attorney take my medical malpractice case? 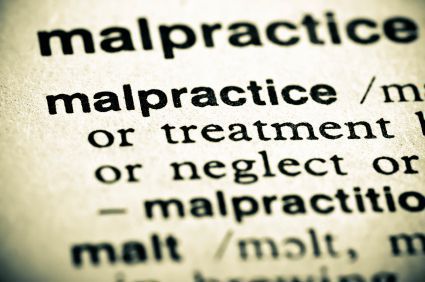 How Often Do Lawyers Turn Down Medical Malpractice Cases?

Studies show that nine out of ten people seeking to hire a medical malpractice attorney will not be able to find one that will accept their case.
An Emory University School of Law study found that 95 percent of patients who seek an attorney for harm suffered during medical treatment will be shut out of the legal system, primarily for economic reasons. Most attorneys would not accept a case—even one they might win.
The study, "Uncovering the Silent Victims of the American Medical Liability System," found that the majority of medical malpractice attorneys reject between 95 and 99 percent of the potential clients that contact them.
The attorneys who participated in the study stated that insufficient damages and high litigation expenses are their primary reasons for rejecting cases.  Many suggested that tort reforms have also reduced their willingness to accept cases.
Malpractice attorneys agree that many legitimate cases in which the patient was injured by medical negligence aren't pursued.  Attorneys that participated in the study expressed that they truly want to help those that contact them but the current state of the medical malpractice liability system simply makes it too difficult and/or cost prohibitive to do so.
Because attorneys bear the risk of paying the litigation costs if a case loses, contingency fee arrangements require attorneys to evaluate cases in terms of the risks and potential returns of the case.

How Much Does It Cost To Litigate A Medical Malpractice Case?

Medical malpractice suits are very expensive to litigate. Medmal cases require hundreds of hours of work and a huge outlay of money to pay for the investigation evaluation by experts, deposition testimony, travel, etc.
The American Bar Association has estimated that the cost of pursuing a single case of medical malpractice ranges from $50,000 to $500,000.  The average cost of taking a medical malpractice case to trial is $97,000.
Even though ethics rules require that costs be reimbursed (paid out of a settlement or verdict) at the conclusion of the case, contingency fee attorneys must pay for or cover costs for the duration of the case.  In other words, attorneys who charge on a contingency fee basis, like the Davis Law Group, essentially bankroll the case until the case is won.  And if the case is not won, the client most likely will not be able to repay the attorney for the costs.  For this reason, many attorneys will not risk investing in challenging, hard-to-prove, or expensive cases.
Unfortunately, unless expected damages are large, attorneys who charge on a contingency fee basis simply cannot justify accepting many cases. It is very likely that the expected contingency fee in cases not expecting large damages will not offset the high cost of litigation.

What Are Medical Malpractice Damages?

When evaluating a medical malpractice claim, attorneys focus on the economic damages—lost earnings, medical bills, and future costs caused by the injury.  Non-economic damages such as pain and suffering are also considered.  However, the hard, provable economic costs are the basic foundation of a case evaluation.
Many victims of medical malpractice never receive compensation for their harm. The majority of victims never file a claim in the first place, and the victims that do file claims often receive inadequate compensation that does not fully reimburse their harms resulting from the malpractice.

What Is The Average Attorney Contingency Fee For A Medical Malpractice Case?

How Long Does It Take To Finish A Medical Malpractice Case?

Research shows that, on average, it takes around four years to resolve a malpractice claim.  Delays in litigation further increase litigation expenses and reduce the compensation to malpractice victims.

What Is The Average Medical Malpractice Settlement Or Verdict?

Several studies indicate that even when the medical negligence is very clear and the patient negotiates a settlement or wins at trial on 32 to 89 percent of harm (medical bills, lost wages, other expenses, pain and suffering, etc.) is reimbursed through malpractice lawsuits.
Remember, only 24 percent of medical malpractice cases win in court.  The vast majority of patients get nothing and their ‘no win, no fee’ contingency lawyers don’t receive any attorney’s fees.
The attorneys that participated in the Emory University study reported an average settlement of $652,060.  If they were able to win a favorable jury award the average verdict was $ 1,519,727.

What Impact Does Tort Reform Have On Medical Malpractice Cases?

Unfortunately, most legislative reforms over the past several decades made it harder and harder for patients that are the victims of medical negligence to receive fair and reasonable compensation.
Damage caps and other tort reforms that artificially reduce plaintiffs’ damage awards also reduce contingency attorneys’ expected recoveries. As a result, even fewer cases make economic sense for the attorneys to accept.
Numerous states have also enacted reforms to collateral source rules that reduce plaintiffs’ damage awards. Reforms to collateral source rules include allow plaintiff’s damage award to be reduced by the amount of reimbursement they have already received from a collateral source such as health insurance or worker’s compensation.

What Are The Levels Of Severity Of Medical Malpractice Injuries?

How Big Does Your Case Have To Be For A Lawyer To Be Interested?

Studies suggest that plaintiffs with expected damage awards lower than $250,000 are finding it increasingly difficult to obtain legal representation.
High litigation costs and tort reforms that restrict damage awards have made it economically infeasible for attorneys to take many medical malpractice cases. Plaintiffs’ attorneys simply cannot justify taking cases that lack sufficient damages to warrant the litigation expense. As a result, most unrepresented victims will receive no compensation for their harms.