Why Are So Many Truckers Falling Asleep At The Wheel? 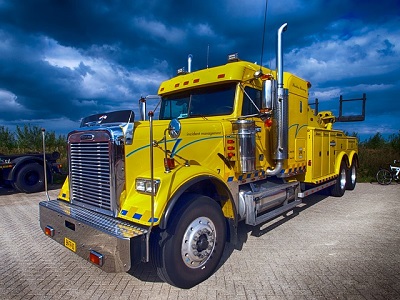 Trucking companies have a duty to implement and maintain a procedural system that allows the company to accurately verify drivers’ logs and ensure that they are complying with the "Hours of Service" regulations. Trucking companies are also well aware of the risks of driver fatigue, and are explicitly prohibited from allowing their own drivers to continue working if they are fatigued or otherwise unsafe.

If trucking companies do not provide drivers with a traveling companion to monitor the driver’s activity and warn them of potential fatigue, they must employ other methods to ensure that their employees are not driving while fatigued.

A significant problem with the trucking industry is that companies’ safety and compliance departments are often only focused on maintaining compliance with federal regulations, rather than actively focusing on preventing accidents that result in injuries and fatalities. Simply complying with federal regulations only helps the trucking company avoid fines and penalties from the federal government, and does not automatically result in a safer and less dangerous environment.

Sleeping disorders and other cognitive problems in drivers are also common factors in trucking accident cases, with the main issue being that trucking companies often fail to adequately screen new hires for these issues or train drivers about the dangers of fatigue or how to recognize it.

This leads to trucking companies sending drivers out on cross-country trips without knowing whether their drivers are at risk of falling asleep unexpectedly or becoming impaired by fatigue due to some sort of underlying medical condition.

Sleeping disorders and other medical issues that lead to driver fatigue can result in the following safety issues:

Federal studies on trucking accidents have found that driver fatigue may contribute to somewhere between 20 percent and 40 percent of commercial transportation accidents, and that a fatigued driver was between four and six times as likely to be involved in a crash. This means that a large percentage of serious and potentially fatal crashes could be considered easily-preventable, provided that the trucking companies and their drivers simply followed HOS regulations.

Some scientific studies have been able to draw a relatively level comparison between driver fatigue and alcohol impairment when it comes to driving ability. In one study, it was determined that a semi-truck driver who is awake for 17 consecutive hours was comparable to a driver with a 0.04 blood alcohol level, which just happens to be the legal limit for driving a commercial vehicle. Response times for drivers under both of these impairment conditions are thought to be reduced by as much as 50 percent. Drivers who were awake for 21 hours had a level of impairment that was more comparable to a blood alcohol level of 0.10 percent, which is legally considered to be drunk driving for drivers of passenger vehicles.

Following HOS regulations can save lives, but only when trucking companies take them seriously and are focused on improving safety for everyone on the roadway, rather than simply accomplishing the bare minimum level of compliance in order to avoid suffering fines and penalties from the federal government.

How Is Trucker Fatigue Still An Ongoing Problem?

When the trucking accident lawyers at Davis Law Group, P.S., explain to a non-lawyer the egregious conduct of the trucking industry that allows fatigued driving to continue to be a problem, they often get a response of skepticism and disbelief. If driver fatigue is well-known by so many experts and trucking companies to be one of the most prevalent causes of serious and fatal accidents, how can it continue to remain so common?

There are several factors at play here, many of which stem from the overall competitive nature of the trucking industry in the United States. There are nearly 1 million authorized trucking companies nationwide, which increases the level of competition and lowers the average pay for drivers, who are essentially paid “by the mile.” This motivates drivers to drive as far and for as long as possible, which increases the likelihood that drivers will ignore fatigue for the sake of getting the job done and getting paid.

Drivers are also typically not paid for loading and unloading of cargo, leading to a situation where drivers may feel pressured to make up the time by driving faster and longer.