Who Is At Fault For An Accident At An Uncontrolled Intersection?

Whose Insurance Should Pay For An Uncontrolled Intersection Accident? 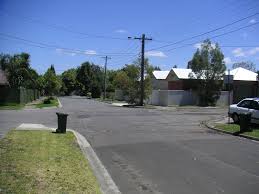 An uncontrolled intersection can lead to a motor vehicle accident for a number of reasons, and determining fault or liability can be complicated because of the ambiguity associated with these intersections.

To clarify, an uncontrolled intersection is an intersection without a stop sign, flashing light or any other signal that clearly establishes right-of-way for drivers. Drivers often times enter into a guessing game over who gets to move through these intersections first.

Why Don't Some Intersections Have Stop Signs?

Areas with fewer people have more uncontrolled intersections and higher speed limits because fewer people need to travel further. The risk of vehicles actually colliding increases. Drivers in these areas must be extremely cautious and even more diligent than usual because these circumstances can easily lead to a high-speed impact if multiple vehicles each assume they have the right of way.

While uncontrolled intersections are common in rural areas, they are also common in smaller residential areas as well because traffic is also less frequent in these places. What’s troublesome about this is the fact that children and pedestrians are also much more abundant in residential areas, which increases the chances that a child or pedestrian might be hit by a car while playing or walking through their neighborhood.

Making matters worse is the fact that children often feel safe to play in the streets in front of their homes, and we frequently see children injured in residential areas where a vehicle was passing through an uncontrolled intersection.

What Is Washington State Law Regarding Uncontrolled Intersections?

It is fairly common knowledge that when multiple vehicles approach the same intersection at the same time, the vehicle on the right-hand side has the right of way. This law is officially outlined in the Revised Code of Washington (RCW) 46.61.180 as well as Seattle Municipal Code (SMC) 11.55.101, which states:

This law serves as a default rule of thumb in the event that an accident should occur between two vehicles at an uncontrolled intersection. If this were to take place, it could potentially be deducted that whoever was on the left hand side would be responsible for allowing the vehicle on the right to pass.

Though liability for an accident is typically determined on a case-by-case basis, the law as dictated by the RCW and SMC would serve as a reference point for any accident that occurs at an uncontrolled intersection.

If a person is injured in a motor vehicle accident at an uncontrolled intersection, liability will likely be debated to some extent. It would be wise for anyone in this position to consult with a personal injury attorney who has experience in handling motor vehicle accidents involving roadway design issues, because they will be able to help identify whether or not the victim has grounds for a personal injury claim. An experienced attorney will also likely be able to help sort out any issues in liability and whether or not that will affect the outcome of the claim.