What legal rights do I have after a bus accident? 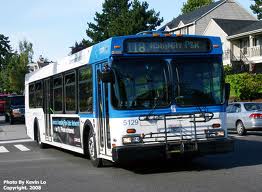 Who is at fault for a bus accident? Is it the driver, or the company that owns the bus?

A bus driver can be held at fault for causing an accident. However, bus accident lawsuits are not always clear because state and federal laws differ in who they say is at fault for such accidents.

Common carriers are defined as being someone whose business is transporting people or material items from one place to another for compensation; such services typically are open to the public. Common carriers, which include commercial bus companies, are governed federally and by most state governments, and the drivers of these vehicles are required to have adequate training and equipment to complete their duties.

Bus drivers consequently are subjected to strict standards for their performance and can be found at fault in bus accidents. However, the involvement of insurance companies and contractors in accident legal proceedings make questions of who is at fault much more complex.

Because state governments are involved in establishing their own common carrier regulation, bus accident litigation action can vary widely from state to state. Finding an experienced lawyer who is familiar with the common carrier laws of the area in which the accident took place and insurance policies regarding bus accidents is highly advisable.

Do mass transit accident victims have to file a class action suit or all use the same attorney?

In a mass transit accident, even if there are many victims who are injured at once, each one will have a different legal case because of factors such as where the injured person or fatality victim was seated with relation to the impact of the crash, how long he or she suffered, and what losses resulted to the victim or the victim's family.  Victims can each use whatever attorney they choose.

What will happen if I'm injured in a bus accident?

If you have been in a mass transit accident in Washington state, investigators from the specific transit service will most likely want to interview you. It is advisable to retain an attorney before making any statements to investigators. A skilled lawyer can help you avoid saying anything that could later be used to deny or minimize your claim. Even if you've already spoken to investigators, it's still important to contact a lawyer in order to begin an independent investigation into what actually happened.

In in many cases authorities require you to submit a report verifying that you were a passenger during the collision or injury accident. Our office can help you track down witnesses and provide evidence to substantiate your passenger status. Please note that witnesses, employees and evidence can still be difficult to track down if you wait too long to initiate your case.