What traffic laws apply to bicyclists in Washington state? 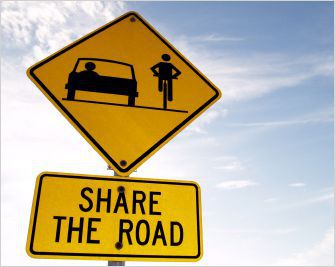 Bicycles occupy an unusual space in our traffic laws. In one sense, bicycles are vehicles; they can be operated legally on most of the same roads as cars and other motorized vehicles, and usually, they are required to follow the same rules of the road. In another sense, bicycles are pedestrians, with special legal privileges that allow them to ride on the sidewalk. In some areas, bicycles operate in their own special category, and can be operated in bike lanes that are closed to other vehicle and foot traffic.

If you’re a cyclist in Washington state, it’s important to know when the rules of the road apply to you. Laws vary by city and county in the state, so if you’re planning a trip that will take you through more than one legal jurisdiction, make sure you check the laws of all the areas you will be traveling through.

In some cases, bicycles are vehicles that must follow the safe traffic rules as cars, trucks, and motorcycles while traveling on a roadway. However, they may be permitted to do things that other vehicles are not.

Because they are not large and heavy enough to activate the automatic sensors at some traffic intersections, there are some cases in which cyclists are allowed to run red lights if no other vehicles are approaching the intersection. In Seattle, bicycles are also allowed in the “bus only” lane, which other privately operated vehicles cannot legally use. Bicyclists are also allowed to ride two abreast on roadways; larger groups of cyclists are not allowed to spread out across an entire lane unless they’re on a path or a bike lane set aside exclusively for bicycles.

Bicycles may not be allowed in all places that permit motorized vehicles. Many U.S. roads and interstates prohibit cycling and other slow traffic. Even the most efficient cyclists can’t keep up with highway speeds. In areas low visibility or without a safe shoulder or separated bike lane, cyclists could become a road hazard as drivers swerve to avoid them or fail to see them. In Washington state, certain highways are closed to cyclists; in some areas, the Washington State Department of Transit provides alternate routes on bike trails or sidewalks.

In many cities, bicyclists are allowed to ride on the sidewalk. Seattle is one of those cities; cyclists are allowed to share the sidewalk with foot traffic, but they can’t behave the same way they would on the road. When bicyclists function as pedestrians, they are required to take special care and pay attention to their surroundings, and they must travel "at a rate of speed no greater than is reasonable and proper under the conditions existing at the point of operation."

Even when bicycles are legally treated as pedestrians, cyclists are required to give certain privileges to other pedestrians traveling on foot or on mobility devices such as wheelchairs and scooters. According to the city of Seattle,

“Every person operating a bicycle upon a sidewalk or public path shall yield the right of way to any pedestrian thereon, and shall give an audible signal before overtaking and passing any pedestrian."