What Should I Do If The Insurance Company Demands An 'Independent Medical Exam'? 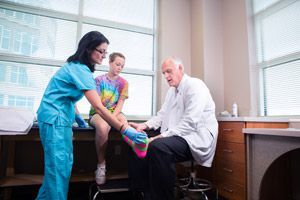 Everyone knows that information is power. Sometimes information comes in the form of talking with an investigator a law firm and sometimes it involves a medical exam.

Insurance companies, trying to sound official, will often request victims of collisions to get an Independent Medical Examination (IME).

This is a classic example of doublespeak. The insurance companies themselves coined the term "Independent Medical Exam." The examiners are doctors, true, but the also like working regularly, meaning the doctor who is examining you might have a bias toward the company footing the bill.

Insurance companies only have one opportunity to have the claimant examined by an “independent” physician as part of their defense. The purpose of this examination is to find as much medical evidence as possible that can then be used against the victim during settlement negotiations.

If the case goes to trial, then the physician who performed the exam, the insurance company's doctor, will likely be used as an expert medical witness against the plaintiff.

Insurance companies tend to hire the same doctors over and over again in order to build a relationship that benefits their bottom line. These supposedly “independent” doctors now have an incentive to be biased towards the insurance companies’ defense.

The doctor likely has experience with performing IMEs and knows what to look for during the examination to build the insurance company’s defense. In many cases, the doctor performing the IME will report a number of things to weaken the victim’s case. These include:

How Do I Deal With The Independent Medical Examination?

If at all possible, it is best to bring someone that will act in your best interests along with you to the IME.

Ideally, this would be a qualified healthcare professional who can judge the fairness and accuracy of the examination, but a spouse or friend will be beneficial as well. Either way, you want someone who can testify about the examination in court if there is a dispute over what happened during the IME.