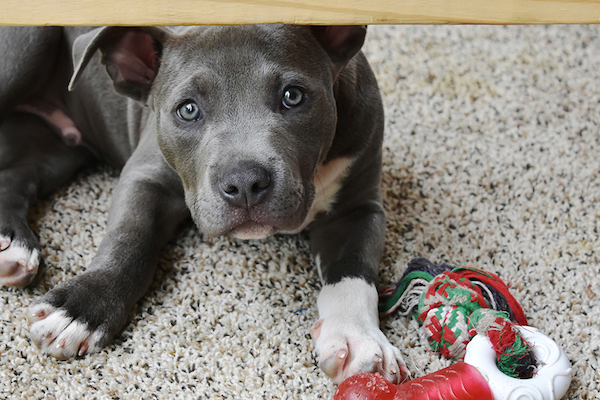 Dog owners have a responsibility to be aware of all the laws that pertain to dogs in your city and state. Laws differ from state to state and city to city, and a violation of those regulations can be serious.

The following is designed to be a resource for dog owners in Washington state. Here's what you’re going to learn here:

The state Senate ruled (April 2019) that while breed bans are still allowed, local jurisdictions must require exceptions for owners who can prove their dogs are well-behaved. Owners can get around such bans — which usually target muscular breeds such as pit bulls and Rottweilers — by completing the American Kennel Club's Canine Good Citizen program or another equivalent test.

The Canine Good Citizen program began in 1989 and stresses responsible pet ownership. The 10-step test determines whether a dog will react aggressively to strangers, being petted, and interacting with unfamiliar dogs.

Local jurisdictions in Washington state can still enforce breed bans, but must exempt dogs that pass the AKC Canine Good Citizen program test. Dogs that pass the test are exempt for two years, then must be retested. The proposal states that dogs that fail the test initially can retest after a reasonable amount of time.

Does the Dog’s Breed Matter?

This is a controversial issue. There are some who believe quite strongly that certain breeds have innate traits of aggression that make them more likely to inflict harm on human beings than other types of breeds. Opponents of this view state that a dog’s propensity for aggressive behavior is dictated primarily by the dog’s owner or handler and how that dog was trained and cared for early in its life.

On the one hand, there are certain breeds that appear to have a higher incidence rate of inflicting harm on people, including children. The breeds of pit bull terriers, Rottweilers, Presa Canarios and their mixes accounted for 74 percent of reported attacks from 1982 through 2005. Sixty-eight percent of those attacks involved children.

Following these breeds, the next group representing the highest occurrence of attacks included German shepherds, chows, and Akitas.

But the question remains whether these breeds were responsible because of some innate characteristic associated with the animal or because they were more likely to be groomed and trained by their owners to act in an aggressive manner.

The following cities have ordinances that regulate specific types of dogs:

The above information was taken from BSL Census, a national organization that compiles breed specific legislation on a state-by-state basis. If any of the information is incorrect or outdated, please let us know.

The question is whether breed-ban laws have any appreciable effect on the reduction of attacks against humans.

According to the American Society for the Prevention of Cruelty to Animals (ASPCA), the answer is no. This organization relies on a 2003 study that addressed the effectiveness of a pit bull ban passed by Prince Georges County, Maryland. The ban forced the county to spend more than $250,000 each year to enforce the law.

But the study concluded that “public safety is not improved as a result of [the ban]” and that “there is no transgression committed by owner or animal that is not covered another non-breed specific portion of the [County’s code] (e.g., vicious animal, nuisance animal, leash laws).” The study recommended that the breed-ban law be repealed.

The ASPCA also points to a study by the United States Center for Disease Control (CDC) which did not support breed specific legislation because of several problems associated with this type of law, including the inaccuracy of dog bite data and the difficulty of identifying dog breeds (especially mixed breeds).

The CDC also was concerned that the breed ban laws would merely encourage irresponsible dog owners to turn to other breeds in an attempt to make the non-regulated breeds more aggressive and dangerous to human beings.

The ASPCA also argues that breed-ban laws actually help to compromise rather than enhance public safety. The ASPCA states that when scarce animal control resources are used to regulate specific breeds without regard to behavior the focus is shifted away from routine, effective enforcement of laws that have the best chance of making communities safer: license laws, leash laws, animal fighting laws, and laws that require all pet owners to control their dogs regardless of breeds.

An Argument in Support of Breed Bans

On the other side of the debate are those that believe certain breeds are statistically much more responsible for attacks upon people (e.g., pit bulls and their mixes can account for nearly three-fourths of all attacks). The core of that belief is that the harm inflicted upon a human being by a dog may be irreparable and no amount of punishment can undo the damage.

Thus, breed specific legislation can prevent the most gruesome and extreme injuries and attacks by prohibiting possession of those high-risk dogs that are more likely to cause them. The essence of breed specific laws is that they better protect public safety from dangerous dogs then by relying on the uncertain deterrent effect of punishment after-the-fact.

Central to the argument that certain breeds should be banned is that those uniquely dangerous breeds like pit bull mixes and Rottweilers often tend to attack without the series of warnings that most other dogs provide first, and then often inflict immediate and severe injuries, whereas most other breed-types will inflict disabling, disfiguring, or fatal injuries only in sustained attacks or pack attacks. Thus, the breed-specific law will help to prevent if not eliminate those types of severe attacks that often come without any advance warning.

Essentially, with certain breeds it is much better to be safe than sorry after a gruesome attack has occurred.

A Complex Issue in Washington State

Breed ban laws appear to be just one prong of a multitude of actions needed to successfully reduce and eliminate serious attacks on humans by high-risk dogs. If we, as a community, continue to see more and more incidents of serious and unprovoked attacks committed by one or more of the notorious breeds (like pit bull mixes and Rottweilers), more municipalities will likely start to enact breed-specific laws to assuage public concerns.

Whether these laws have any appreciable effect on reducing dog-bite incidents among specific breeds appears to be a question that cannot be answered without a clear consensus among public officials and dog experts.

Many states, including Washington, have enacted dog bite statutes that give specific guidelines for dog bite cases. In most cases, these statutes create a form of “strict liability” for dog bites. Strict liability means that the defendant is held liable if something happens, regardless whether they could have done anything to prevent the incident.

If a dog bite occurs in a state with strict liability, it does not matter what the owner did or did not know about the dog beforehand. Unlike it most other types of personal injury cases, victims do not need to establish negligence in a strict liability dog bite case in Washington State.

Some states require evidence of at least one prior incident — referred to as a “one-bite rule”— before an owner can be sued. This is not the case in Washington. This means that a owner and/or keeper may be liable the first time a dog bites.

Washington State dog bite law protects landlords from liability for their tenants’ dog-inflicted injuries, unless the landlord owns the dog(s). Many cities, towns and counties have their own laws and regulations regarding licensure and confinement of dogs. Check with your local authorities if you have any questions.

Davis Law Group believes that every successful dog bite recovery starts with the injured victim having up-to-date and accurate information about the legal process. We have provided much of this information for free and we encourage you to read our book, When the Dog Bites: The Essential Guide to Dog Bite Claims in Washington, and to browse our website to find out more information about dog bites and the insurance process.

There is not a statewide pet licensing law that governs the state of Washington. Licensing laws are enacted and enforced by a city or municipality. Check with your local jurisdiction if you have any questions about licensing your dog.

Leash laws are ordinances requiring dogs to be restrained when not confined to their owner's property.

Some people assume that their state has a mandatory leash law. This is the case in only two states – Michigan and Pennsylvania. Most states, Washington included, mandate restraint for dogs by outlawing loose dogs (often called "dogs at large").

There is a Seattle ordinance that requires all pets (except for cats and, strangely enough, pigeons) to be kept on leashes anytime they are off their owners' property. The pet may be "at large," which means that it can move around without a leash, in certain parks, commonly referred to as "dog parks." This dog park rule wasn't added until 1997.

Any person that brings their dog to an off-leash dog park area remains liable for damages or injury inflicted by the dog and is subject to all applicable Washington state and local laws regulating dogs.

The Seattle Municipal Code defines "at large" as “not under control by a leash” with a maximum length of eight feet.

While an off-leash dog would not appear to pose a threat in most situations, there are situations when they can cause a disturbance. Dogs not on a leash can scare off other native animal species, destroy property and be of danger to children and elderly adults. There are 14 designated off-leash dog parks in Seattle.

Failure to have your dog on a leash in Seattle results in a $54 fine. Check with your local municipality to find out what the leash laws are in your area.​

Washington state law restricts the rights of people who own a dog that poses a threat of injury to the public. Per state law, a dog is considered to be legally "dangerous" if it has either directly caused severe injury to a human person or is responsible for having killed a domestic animal.

Washington state dog owners may still keep dangerous dogs, but they are required to follow special laws and regulations relating to the enclosure and control of such animals. For example, many dangerous dogs are required to wear a muzzle and/or restraint apparatus when not contained within pre-approved housing enclosures.

The local animal control authorities are typically tasked with responding to, reporting, monitoring, and regulating dangerous dogs. This also means that the animal control agency responsible for dogs in a given jurisdiction may potentially be held legally responsible for injuries caused by a dangerous dog which was not properly handled or euthanized.

If you or someone you know has been the victim of a dog bite resulting in any kind of physical injury, it is important to contact a local dog bite attorney as soon as possible. Cases such as these tend to be fairly time sensitive, so the sooner you file your claim, the better chance you have at seeing your desired results.

At Davis Law Group we are here to help dog attack victims. Attorney Chris Davis and the legal team at Davis Law Group work to get you the money you deserve for your injuries. It will not cost you anything to have your injury claim evaluated by one of our experienced attorneys. After we review all your legal options with you, you will then make the decision as to whether you wish to proceed with your case.

To schedule a free case evaluation and have your personal injury case personally reviewed by our award-winning legal team, contact Davis Law Group at (206) 727-4000, use the chat feature below or fill out the contact form on this page.