What is a Brain Stem Injury? 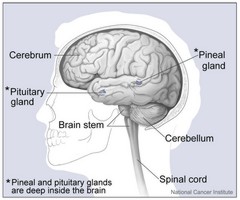 Car accidents can cause damage to every part of the body, but brain stem injuries can be some of the most life altering or even deadly, but what is a brain stem injury and why is it so dangerous?

What is a Brain Stem Injury?

In the same way that a Traumatic Brain Injury (TBI) is an injury or trauma to the brain in general, a brain stem injury is any trauma sustained by any of the three parts of the brainstem, the medulla oblongata, midbrain, and pons which together control crucial bodily functions such as the beating of the heart, breathing, swallowing and a persons general consciousness.

It is the fact that the brain stem controls such vital bodily functions that makes any injury to it so devastating or even deadly.

Any injury to the brainstem can drastically reduce bodily functions and cause widespread, severe symptoms.

What are Common Symptoms After A Brain Stem Injury

The debilitating effects of a brain stem injury can impact every aspect of an accident victims life, from their vision and hearing to their movement, strength and even mental state and state of mind.

Some common indicators or symptoms of a even a mild brain stem injury include:

If the injury is severe enough brain stem injuries can also lead to victims being put into a coma, left in a vegetative state, left with limited consciousness or mental capacity or even being declared brain dead.

The cranial nerves that emerge from the brain stem and into the spine can also be damaged in a brain stem injury which could lead to problems like paralysis.

Brain injuries of any kind can be devastating, but even minor trauma to the brain stem from a car accident can have life changing consequences and may never recover.