What Information Should You Collect After An Accident? 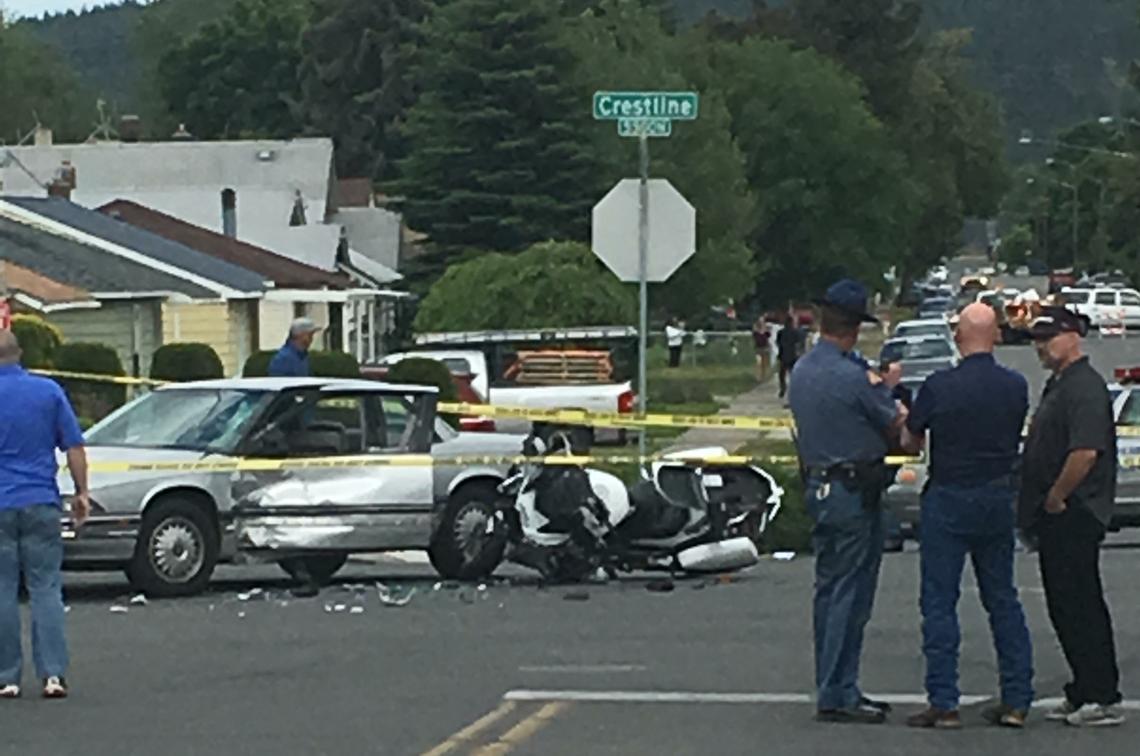 If you've been in an accident, collecting information from the scene can make or break your personal injury claim, but what information should you be looking for?

Some of the mistakes in our book, "The Ten Biggest Mistakes That Can Wreck Your Washington Accident Claim," include not seeking medical care promptly after an accident, not keeping up with medical care, and saying too much to the at fault driver or their insurance company, but not collecting all relevant information from the scene of a crash is one way to potentially leave your claim dead in the water.

Evidence is power in a personal injury case and at the end of the day, the value or even legitimacy of a personal injury claim simply comes down to what you can prove if the claim were to go to trial. Without important information from the scene of a crash an accident that leaves a victim with hundreds of thousands in medical bills, permanent disabilities or even results in a death, could ultimately result in no recovery.

So what information should you be collecting after an accident?

Importance of Police Reports In a Personal Injury Claim

If you've been badly injured in an accident, it's a given that police, EMT's, and even fire departments may deploy to the scene of your crash, but if you get in a fender bender, or just feel sore, would you still call the police?

If you've been in any kind of accident that could result in an insurance claim, the answer should be yes.

When police arrive to the scene of an accident, an officer will take statements from all drivers involved, as well as witnesses, and make record of important details of the scene including pictures of the scene among other things to include in their  Police Traffic Collision Report (PCTR). These reports are important as Police officers can offer relatively unbiased descriptions at the scene of the crash, and will typically make an initial determination of fault using the information they collect at the scene.

These reports are a key starting point in any personal injury claim and help determine the initial viability of a claim by laying out a basic understanding of the accident and evidence available and initial determinations of fault.

While we always recommend calling the police and getting a PCTR, police officers are human too and they may miss things or mischaracterize things in their reports, which is why collecting your own information if you are able to is equally important.

What Information Should You Collect After an Accident?

If you are able to collect your own information after an accident there are several key pieces of information that you should be looking to collect.

If you've ever been in a fender bender, or even seen one on T.V. you know the phrase "exchange insurance information," but the info you should be collecting from the other driver doesn't end there.

After making sure everyone is okay in the other vehicle, offer to exchange information while making sure you avoid apologizing or saying anything else that could be used to claim you made an admitting of fault.

After an accident be sure you collect all of the following from the other driver:

Taking pictures and videos of the scene of the crash is easier than ever with hd cameras on cellphones and can provide important evidence for your claim. Take pictures or videos of everything at the scene including detailed images of damage to both vehicles, any injuries you or the other driver sustained, property damage, makings or debris in the road, and images of the road where the accident occurred.

Dash cameras in either vehicle or even in the vehicle of a wittiness or even surveillance cameras from near by businesses could have captured the accident on video which could provide crucial context if there is a disagreement on how the accident took place.

Finally try to find a witness willing to stop and provide their information and an account of the collision, if a claim comes down to a matter of one he said, she said, an impartial witness description could help courts determine one description of events is more credible than others if it supports your claim.

Our Glove Box Accident Kit, which is included with any request for the Ten Biggest Mistakes book, includes a step by step checklist of information to collect and diagrams and forms to fill out to properly document your accident.

Now You Have The Information, What's Next?

After collecting all of this information, taking your pictures and talking with police, knowing what to do next can be the next challenge for an accident victim.

Delaying care, downplaying your injuries or talking too much to the other drivers insurance company are all mistakes that could set back or irreversibly harm your personal injury claim, so what should you do?

Seeking all relevant care and treatment immediately after an accident and maintaining treatment plans throughout your recovery is vital to not only your physical recovery, but the recovery from your claim as well because gaps in medical treatment could be used to question the legitimacy of claimed injuries.

Contacting a personal injury attorney like the team at Davis Law Group is an important step in making sure you're not being taken advantage of by adjusters or attorneys from the other side. Davis Law Group offers free case evaluations for accident victims where our team of case investigators can help you understand the basics of your claim and even answer the question of whether you would need an attorney or not.

Some accidents don't require an attorney, but if you or a loved one have been badly hurt in an accident, you may need the team of award-winning personal injury attorneys at Davis Law Group.

To request a free case evaluation today call 206-727-4000 or use the chat or contact options on this page.